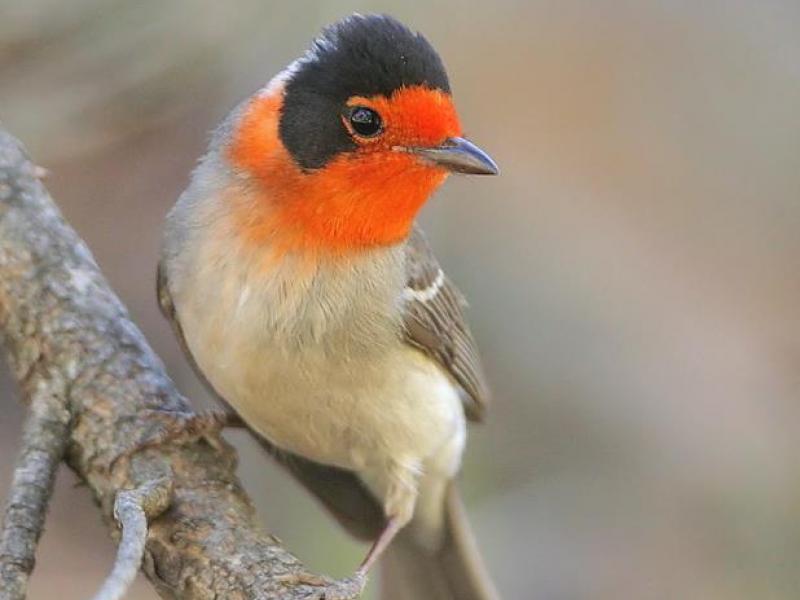 This brilliantly colored warbler breeds in the high mountains of Mexico, slipping across the southern borders of Arizona and New Mexico (this male was photographed in the Chiricahua Mountains of southeast Arizona). Little is known about this species -- it's one of the least studied North American warblers. However, one interesting thing we do know is that while breeding pairs defend and maintain a specific territory (i.e., they appear to be "monogamous"), up to 75% of nests contain young fathered by other male Red-faced Warblers.

Learn more about the "World of Warblers."

Does the Red-faced Warbler look familiar? Maybe you saw it in an iPhone commercial in 2009: