Rough-legged Hawk showing off its alulae 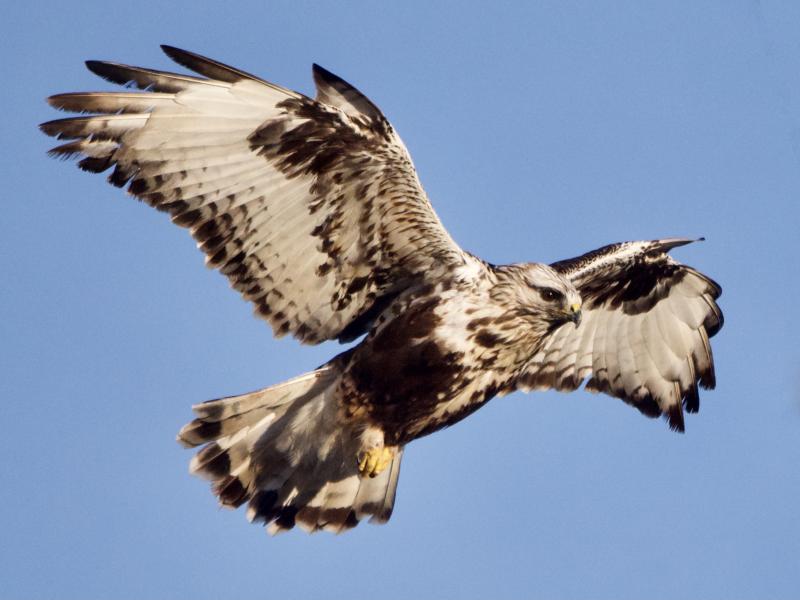 All flying birds have what’s called an alula on each wing. At the center of the front edge of the wing is a structure covered with three to five feathers that functions much like a flap on an airplane’s wing. The alula helps create lift and also prevents stall when a bird comes in for landing, particularly for raptors, including this Rough-legged Hawk.