Gerrit Vyn on the Lammergeier

Understanding leads to appreciation -- and conservation! 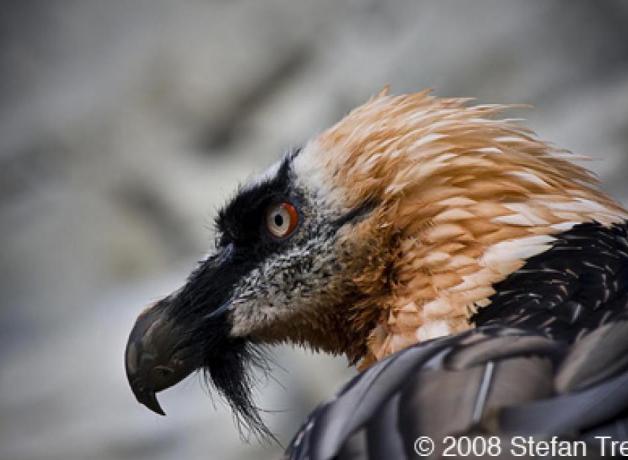 Sound recordist and photographer, Gerrit Vyn, spent two years in the Peace Corps in the mountains of Lesotho. He worked with a chief named Ntate Letsie in the village of Selemong. His people believed that the Lammergeiers, or Bearded Vultures, that nested on the cliff near their village preyed upon their sheep. But Lammergeiers eat only bones, and the chief proved that to them. Their new understanding led to the creation of the Quthing Wildlife Development Trust. Be sure to watch the amazing video by the BBC to learn more about Lammergeiers.

Gerrit Vyn on the Lammergeier

This is BirdNote!
[African khoba dance-song from Lesotho]
Sound recordist and photographer, Gerrit Vyn, spent two years in the Peace Corps in the mountains of Lesotho. He met a chief who wanted the people to take better care of the wildlife, especially an extraordinary bird. Here’s Gerrit to describe what the chief did:   [African music Infados]
The first thing that he was able to do was to prove to the villagers that a bird called the Lammergeier – or “bearded vulture” – was not a threat to their livestock. This bird is an amazingly big vulture; it has a wingspan of almost ten feet.

The Lammergeier… basically eats bone marrow. It‘ll take bones from deceased animals, pick them up, soar with them in the air, drop the bones, and then they splinter open, and then it devours the bones.

The people thought these vultures killed their animals, which they didn’t. So the chief built a corral beneath the nesting cliffs near his village, put a bunch of sheep in there, [sounds of sheep] left them there for a long period of time, and the villagers saw that these sheep went completely unharmed. He then went and removed the sheep, put a bunch of bones in the area, and then the birds started coming and collecting the bones, breaking them and eating them. [Feeding sounds of Lammergeirer]

And the villagers saw this, and he had taught them a very simple lesson…that this bird was not a threat to them or their livestock.

Video of Lammergeiers from the BBC 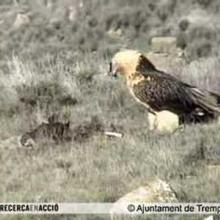 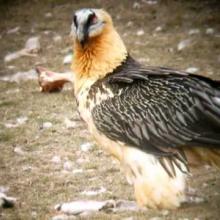