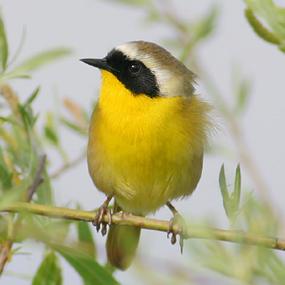 In May, we celebrate migratory birds, including this Common Yellowthroat. The Migratory Bird Treaty Act of 1918 gave much needed protection to birds, especially migratory songbirds. In 1940, the US and 17 other countries throughout the Americas signed a pact to "protect and preserve - in their natural habitat - representatives of all species  ...  of their native flora and fauna." Find an event near you and celebrate International Migratory Bird Day – or month!

This is BirdNote!
[Marsh ambient from Malheur National Wildlife Refuge, Oregon]
At this time of year, we celebrate the migratory birds that, for eons, have made the journey between their winter homes and their summer breeding grounds.
As humankind has increasingly put its stamp on the landscape, life has changed for birds. They were hunted—sometimes to extinction. Their stopover points were disturbed—forests cut down, and lakes and wetlands drained. It became clear that we needed federal laws to protect the birds. [Continue marsh ambient]
In 1918, the Migratory Bird Treaty Act expanded on earlier legislation and gave much needed protection to birds, especially migratory songbirds. [Continue marsh ambient] No longer could they be hunted, and their habitat came under protection, too.
In 1940, the US and 17 other countries throughout the Americas signed a pact. They vowed to "protect and preserve—in their natural habitat— representatives of all species…of their native flora and fauna.” [Continue marsh ambient] Birds don’t recognize political boundaries, but they do depend on places to call home. And as a result of international accord, they and some of their habitat are now protected.
There’s still more to do. Many people will be participating in International Migratory Bird Day activities – usually the second weekend in May. To find a program or celebration near you, begin at our website, birdnote.org.
[Continue marsh ambient]
###
Bird audio provided by The Macaulay Library at the Cornell Lab of Ornithology, Ithaca, New York. Recorded by G.F. Budney. Birds featured: Marsh Wren, Red-winged Blackbird, Common Yellowthroat, Virginia Rail, Song Sparrow, Pied-billed Grebe, Yellow-headed Blackbird, Yellow Warbler
Producer: John Kessler
Executive Producer: Chris Peterson
© 2012 Tune In to Nature.org   May 2017    Narrator: Michael Stein 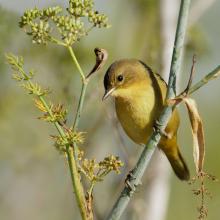 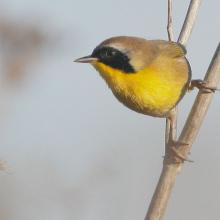 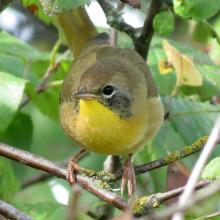 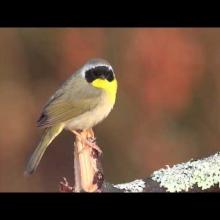 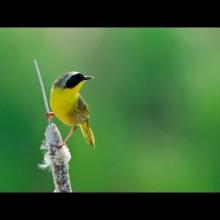 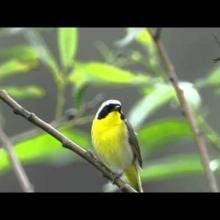