Birds can be a lot of fun! 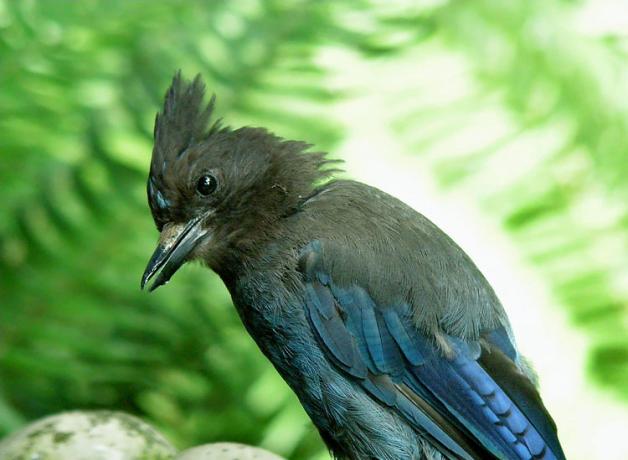 Just for a LARK, MARTIN and JAY decided to have a SWALLOW. MARTIN's car, a FALCON, was low on PETREL, so he said, "Let's DUCK into a local tavern - TERN here." They had to show IDs at the door, to prove they weren't TANAGERS. MARTIN and JAY met some cute GULLS - PHOEBE, a RAVEN-haired CHICK, and another named ROBIN. We could go on and on, but you'd probably EGRET it...

BirdNote is supported by listeners. Please make a gift today — and thank you!

I’m Michael Stein. Thank for tuning into BirdNote to hear about birds and their amazing lives. We hope our stories inspire you to care about birds and to discover ways to help them. Birds need champions, and your support makes our stories possible. If you’ve already made your gift, thank you so much. If not, please take a moment to visit our website, BirdNote.org, and make your donation today. Your gift will help BirdNote continue to be a powerful voice for birds and the environment we all share. And thank you.

This is BirdNote!
Just for a LARK, I met my pals MARTIN and JAY, and we decided to have a SWALLOW. My car, a FALCON, was low on PETREL, so I said, “Let's DUCK into a local tavern—TERN here.” We had to show IDs at the door – I guess they thought we might be TANAGERS. By chance a band was playing– the EAGLES. And pretty soon we met some cute GULLS. JAY had his eye on PHOEBE, a RAVEN-haired CHICK. He was watching her like a HAWK, but MARTIN started to CROW over a CHICK named ROBIN, causing JAY to CRANE his neck in SWIFT curiosity. This made PHOEBE PUFFIN mad and she STORKED out in a GROUSE, leaving JAY to OWL in BITTERN discontent.  Maybe things didn’t work out as we expected, but I have no EGRETS. Did you get a PEREGRINES out of this episode? Listen again – or read it – at our website at BirdNote.org.

Recordists for individual audio samples are as follows: