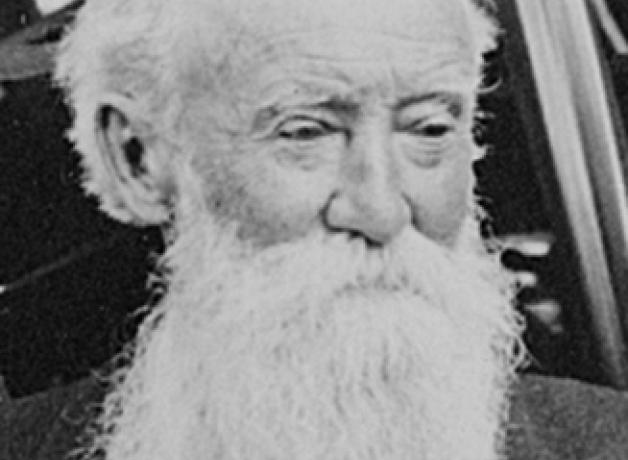 John Burroughs was probably the most popular nature writer of the late 19th Century. Many consider Burroughs the founder of the modern nature essay. Yet Burroughs wrote not about nature on a grand scale, but about glimpses of nature close to home. He preferred to walk his own backyard woods - on Old Clump Mountain in the Catskills region of New York - than the alpine realms that now bear his name. Is there a child in your life who would find delight in a glimpse of nature?

Who Was John Burroughs?

This is BirdNote! [Clark’s Nutcracker calls]

In late summer at Mt. Rainier National Park, in Washington State, a popular trek takes hikers to Burroughs Mountain, home of the Clark’s Nutcracker [Sounds of walking along a trail]. In winter, backcountry skiers glide along the mountain’s glistening slopes. [Skiers going by]

The mountain is named for John Burroughs, the most popular nature writer of the late 19th Century, and a close friend of the poet, Walt Whitman. The Atlantic Monthly began publishing Burroughs’ nature essays in 1865, and featured his work for 61 years. Many people consider him the founder of the modern nature essay.

Burroughs was down to earth. He wrote not about nature on a grand scale, but about glimpses of nature close to home. [Song of the Wood Thrush] He would rather have walked his own backyard woods than the alpine realms that bear his name. Home was the Catskills region of New York, where woodlands and streams intermingled with farms and pastures. [trickle of a stream] [Song of the Wood Thrush]

The writer Bill McKibben says of Burroughs: “He was blessed with an unrivaled talent for the familiar. He figured out a language for making others treasure the small spectacles of nature…” John Burroughs enables us to treasure nature’s small and familiar wonders.