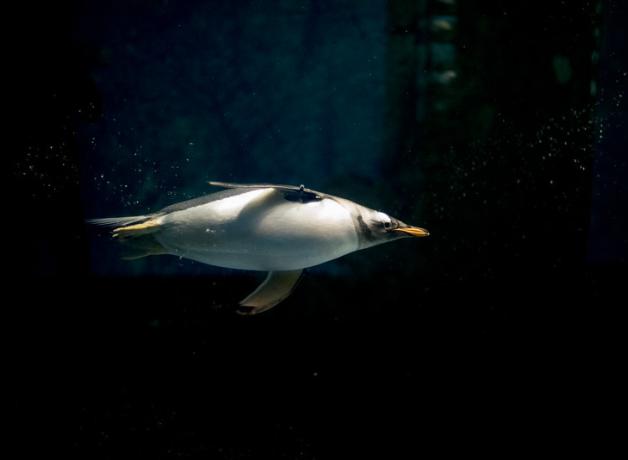 Gentoo Penguins are the fastest penguins in the world. A group of researchers used the penguin’s streamlined shape to design a new undersea robot called the Quadroin. This robo-penguin has sensors to measure ocean conditions and currents. It’s particularly suited to studying eddies, which are smaller and short-lived than major ocean currents but help draw nutrients to the ocean surface, supporting the marine food web.

Gentoo Penguins look a little pear-shaped on land, but once they dive into the water, that shape lets them reach speeds of up to 22 miles per hour. They’re the fastest penguins in the world. It’d be difficult to build a vessel more streamlined than a penguin — so a group of researchers used the bird’s shape to design a new undersea robot.

Called the Quadroin [kwa-DRO-in, rhymes with “Owen”], its 3D-printed body is wide in the middle and ends in a sharp, beak-like point. Four propellers at its tail let it maneuver nimbly.

The Quadroin is packed with sensors for measuring ocean conditions and currents. The big ocean currents capture most of our attention, like the East Australian Current seen in Finding Nemo.

ALT: The big ocean currents capture most of our attention, like the Gulf Stream.

Alongside the major currents, though, are smaller spirals called eddies. They’re often short-lived, making them hard to study. But eddies are important: they draw nutrient-rich water to the surface, supporting the plankton that form the base of the entire marine food web.

By exploring eddies, these robo-penguins could help uncover much more about how they work and how they affect ocean ecosystems — and maybe shedding light on the processes that provide food for real sea creatures.

Robo-penguin: how artificial birds are relaying the secrets of ocean currents |…What is an eddy? | National Ocean ServiceEnergetic ocean eddies on the rise | Cosmos Magazine 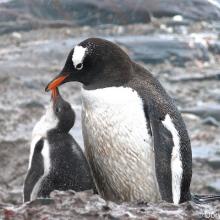 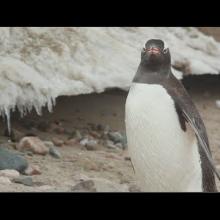