After dark, when most birds are asleep, a few break into song 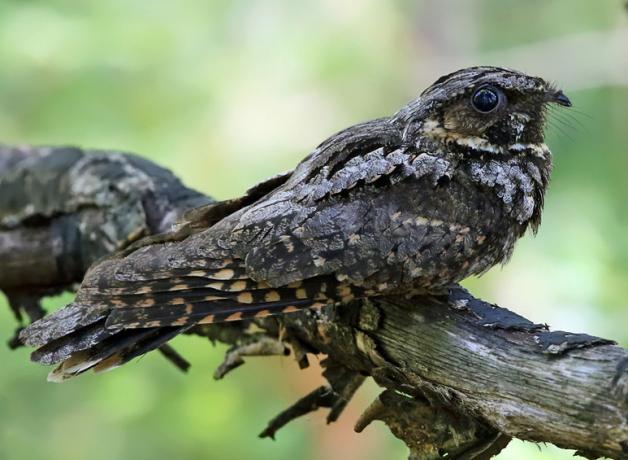 A bird like the Whip-poor-will is a true night bird – feeding, and mating, and nesting in the dark. But for about a week each spring, male Yellow-breasted Chats also sing in the darkness as they call out to the arriving females — their potential mates. There are other night singers, too!

[Night sounds, such as crickets and a Great Horned Owl]

But a few songbirds that are active during the day also sing at night.

In North America, for about a week each spring, the Yellow-breasted Chat sings in the darkness. [Yellow-breasted Chat song] Chats are mainly active during the day, but they migrate at night. So when most other birds are silent, the chat has the sound-stage largely to itself. That means a singing male has better odds of catching the ear of a mate. Chats also sing shorter and lower-pitched songs at night, with longer gaps between them. It’s a pattern that carries well over long distances.

Once all the females have arrived for the season, the male chats go quiet at night. But not the Whip-poor-will. [Whip-poor-will song]

Did you know that you can hear BirdNote day or night? Catch it on Apple Podcasts or on our website, birdnote.org.

Research cited: Canterbury, Jacqueline Lee. Songs of the Wild: Temporal and Geographical Distinctions in the Acoustic Properties of the Songs of the Yellow-Breasted Chat. Ph.D. Dissertation, University of Nebraska, November, 2007. 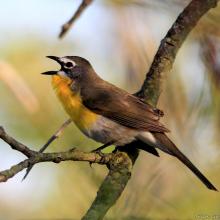 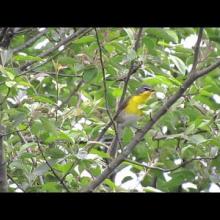 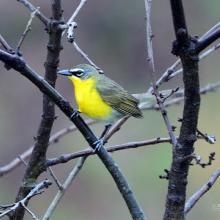