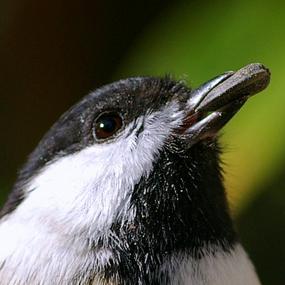 Fernando Nottebohm of Rockefeller University studies the growth of neurons in the brains of birds. He’s an expert in the remarkable ability of Black-capped Chickadees to recall the locations of hundreds of stored seeds. Dr. Nottebohm suggests that as demand for memory space peaks, chickadees discard cells that hold “old” memories and replace them with new cells that store fresh memories. Perhaps we should reconsider how we use the term “bird brain!”

Today’s show brought to you by Forterra, saving the places that are keystones of a sustainable future in the Pacific Northwest.

The brains of chickadees grow in the late summer and early fall. At this time of year the birds cache food, usually seeds, throughout their home range. Come winter, they need to be able to find what they’ve stashed. The growing part of the brain is the hippocampus, which plays an important role in spatial memory.

Dr. Fernando Nottebohm of Rockefeller University in New York studies the growth of neurons in the brains of birds. He focused on the remarkable ability of Black-capped Chickadees to recall the locations of hundreds of stored seeds. His lab produced the first evidence that in the adult brain of birds neurons are replaced periodically, with the learning of new behaviors.

Studying the ability of a bird’s brain to generate new neurons might uncover ways to replace brain cells lost due to injury, stroke or degeneration, as happens in diseases such as Parkinson’s, Huntington’s and Alzheimer’s.

Perhaps we should reconsider how we use the term “bird brain.”

For BirdNote I’m Michael Stein. Did you hear a fact on today's BirdNote you'd like to follow up on? You can read all the scripts at birdnote.org.

Learn more about Dr. Nottebohm's researchBlack-capped Chickadee - More at All About Birds 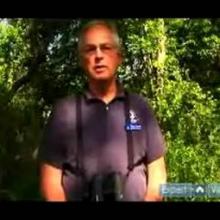