Head out to a national wildlife refuge this weekend 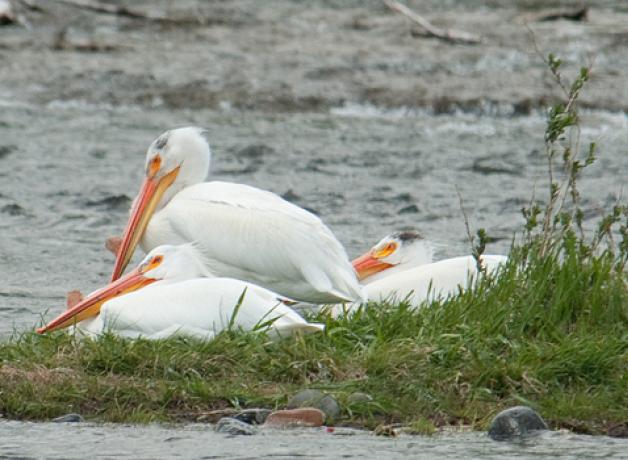 Many birds look for islands when they want to find a great nesting site, because islands are often protected from mammalian predators. Some of the best places to find islands are oxbow lakes, like many of the ones protected by the National Wildlife Refuge System.

Adapted from a script by Gordon Orians

When Ring-billed Gulls or American White Pelicans are ready to build a nest and raise their young, they look for an island. Islands provide protection from predators, like mammals.

Some of the best islands can be found near large rivers, slowly meandering through flat country. When a river winds through a landscape, it sometimes creates wide “U” shapes, or “oxbows.” But when the river changes course, those oxbows can get cut off from the main flow of the river. It creates what’s called an “oxbow lake.” The name comes from the curve of the yoke placed on oxen to draw a plow.

Birds love oxbow lakes. At Bowdoin [buh-DOYN] National Wildlife Refuge in eastern Montana you’ll find an oxbow lake teeming with bird life. The lake used to be part of the Missouri River. Now, large numbers of Ring-billed, Franklin’s, and California gulls, American White Pelicans, Double-crested Cormorants and White-faced Ibises breed on an island in the middle of the lake.

These birds forage over hundreds of square miles and come home to nest in safety on the islands here.

[Lapping of water of the lake]

We’re fortunate that many important oxbow lakes are protected by our National Wildlife Refuge System. Why not head out and explore some of these special places for yourself? 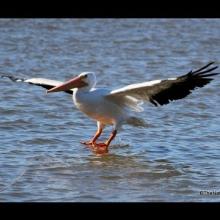 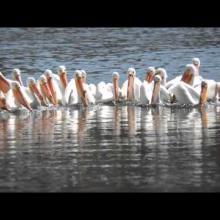 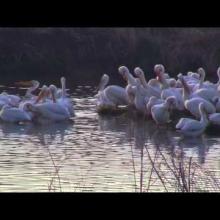