Patrick Comins, on Being a Conservationist

Living a life with a passion for birds! 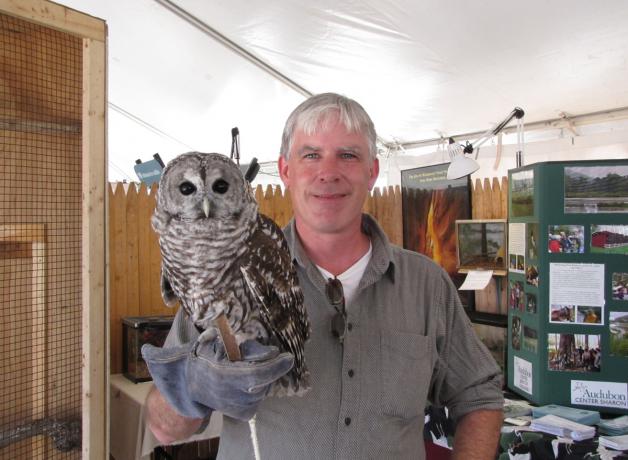 Patrick Comins, executive director of Connecticut Audubon, explains what being a conservationist means to him. "If you've ever seen a Scarlet Tanager you don't even have to describe how wonderful they are. It's this variety and diversity of birds that really got me interested. While a lot of birds may still be common, if we're not smart about our planning, we may be losing some of these." There's more to learn about Patrick and his campaign to save habitat on Long Island Sound.

Patrick Comins, On Being a Conservationist

This is BirdNote.
[Waves breaking and the sounds of Dunlin]
What would inspire someone to devote his life to protecting habitat for birds? Patrick Comins, Executive Director of the Connecticut Audubon Society, gives his answer:
PC: G15T15 :09 Well, I’ve always loved nature. I think when I was growing up I wanted to be a zookeeper or a curator at a natural history museum and … in this part of the world we don’t have elephants, we don’t have tigers, or lions or mountain gorillas, but we do have over 400 species of birds that have been recorded in Connecticut and some of them are just spectacular!
[Wing beats and call of Ruby-throated Hummingbird]
Little tiny hummingbirds that fly all the way across the Gulf of Mexico each year to Central America and back to our region….
So it’s this variety and diversity of birds that really got me interested in it…When you start looking into the amount of habitat we’ve lost, well, while a lot of these birds may still be common, if we’re not smart about our planning, we may be losing some of these… so I felt that it’s important to really dedicate my life to making sure that we can a) educate people about how cool these critters are and b) plan to make sure that we have viable populations for the future generations.
[Return to Dunlin]
We at BirdNote are grateful that Patrick Comins made the choice he did. Today’s show brought to you by The Lufkin Family Foundation.
###
Sounds of birds provided by The Macaulay Library of Natural Sounds at the Cornell Lab of Ornithology, Ithaca, New York. Flock of Dunlin recorded by W.W.H. Gunn 59435 and call of the Whimbrel BW1-75; Wings and call of Ruby-throated Hummingbird by G.A. Keller.
Waves by C. Peterson (CT Long Island Sound)
Producer: John Kessler
Executive Producer Emeritus: Chris Peterson
Executive Producer: Sallie Bodie
Associate Producer: Ellen Blackstone
Assistant Producer: Mark Bramhill
© 2005-2020 BirdNote   January 2014/2020 Narrator: Mary McCann 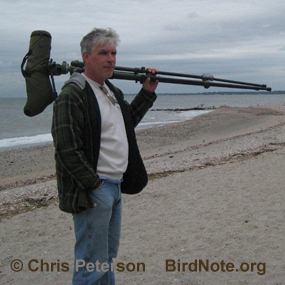