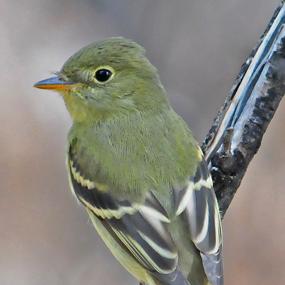 The habitats that comprise Sunkhaze Meadows Refuge in central Maine — including peat bogs, streamside meadows, shrub thickets, cedar swamps, and maple forests — are rich with bird life, like this Yellow-bellied Flycatcher. You’ll also find Bobolinks and more than 20 kinds of warblers during the summer months. The flycatchers return to Sunkhaze Meadows annually from Panama, while Bobolinks migrate to Maine from as far as Bolivia.

Listen as a Bobolink sings a rapid jangle of notes, like a meadowlark backed by a banjo. [Bobolink song]

This Bobolink is singing in central Maine, just north of Bangor, at Sunkhaze Meadows National Wildlife Refuge. Sunkhaze refuge – the name comes from the Abenaki tribal language – protects one of the largest peatlands in the region. Peatlands, or peat bogs, are wetlands containing great masses of ancient, waterlogged plants – much of it sphagnum moss – that moisture and high acidity keep from decomposing.

And that singing Bobolink? [Bobolink song] Well, he covers an even greater distance to return to Maine, migrating north to the meadows of Sunkhaze, from as far off as Bolivia. [Bobolink song] It’s gotta be good to fly all that way! 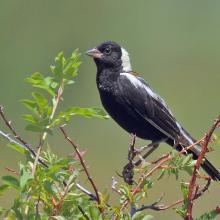 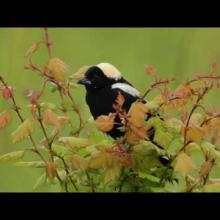 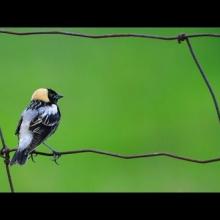