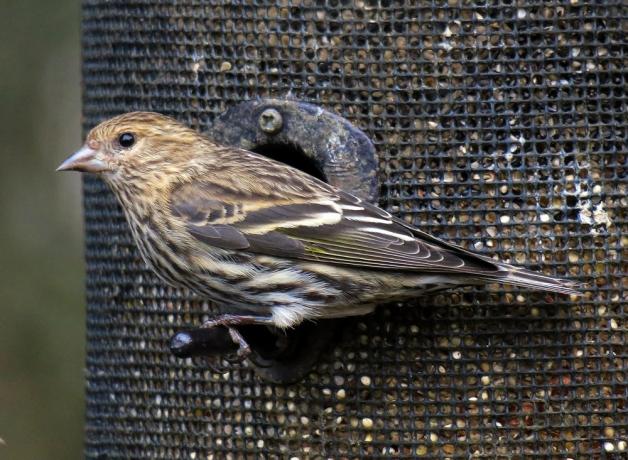 Project FeederWatch, sponsored by the Cornell Lab of Ornithology and National Audubon, is a window on the birds of winter. Through Project FeederWatch, scientists are able to track the movements of birds - including this Pine Siskin - and understand trends in population and distribution.

Participate by counting birds at your own feeder. Check out FeederWatch at https://feederwatch.org/. You'll help scientists figure out what's going on with our beloved birds! And... #bringbirdsback!

Special thanks to the Horizons Foundation for supporting BirdNote's participation in the #BringBirdsBack campaign.

This is BirdNote!
[Chatter of Pine Siskin]
Many of the bird sounds you hear on BirdNote – including this Pine Siskin – come from the Cornell Laboratory of Ornithology. But Cornell adds still more to our understanding of the avian world. Project FeederWatch, sponsored by Cornell and National Audubon, is a window on the birds of winter. Through Project FeederWatch, scientists are able to track the movements of birds and learn whether their numbers are increasing or decreasing. FeederWatch has collected and organized data, by state, since 1988.
You can be part of this citizen-science by counting birds at your own feeder. [Chatter of Pine Siskin] FeederWatch runs from mid-November to early April, and you can start any time during the watch season. Register on-line or via US mail. There’s a small fee to participate, which helps pay for materials. [Chatter of Pine Siskins in spring]
So what have we learned? Well, in the northern states, from the East Coast to the West, the Dark-eyed Junco is one of the most common feeder-birds. [Twittering call and winter chipping of Dark-eyed Junco] In the South and Southeast, the beautiful Northern Cardinal usually tops the list. [Song of Northern Cardinal]
Help science with your observations. Sign up for Project FeederWatch when you visit our website, birdnote.org. [Song of Northern Cardinal] I’m Michael Stein.
###
Call of the Pine Siskin provided by The Macaulay Library of Natural Sounds at the Cornell Lab of Ornithology, Ithaca, New York. Recorded by D.S. Herr and G.A. Keller. Dark-eyed Junco call recorded by W.L. Hershberger. Northern Cardinal song recorded by G.A. Keller.
Producer: John Kessler
Executive Producer: Chris Peterson
© 2014 Tune In to Nature.org     November 2016/2019     Narrator: Michael Stein 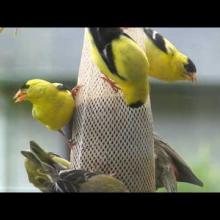 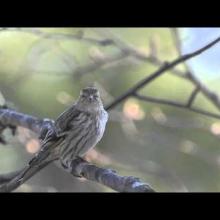