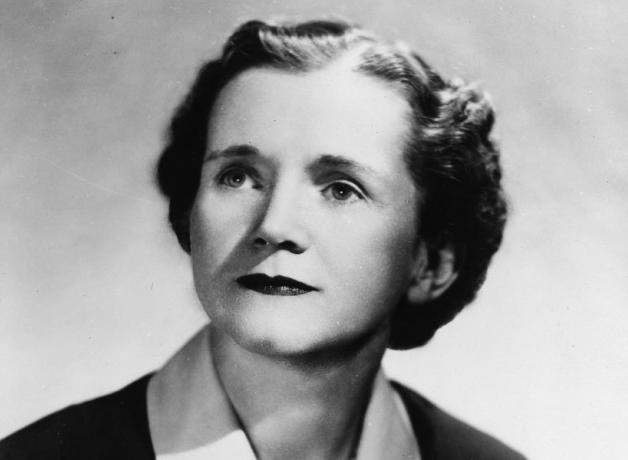 When Rachel Carson was preparing to publish Silent Spring, her most intimate friend Dorothy Freeman was worried that Carson would be persecuted. But Carson had done her homework -- and her research -- and she was ready for the battle to come.

This story was based on the scholarship of Lida Maxwell. She wrote about Carson and Freeman in the paper Queer/Love/Bird Extinction: Rachel Carson's Silent Spring as a Work of Love, published in Political Theory.

Written by Liza Yeager and BirdNote

Rachel Carson is best known for writing Silent Spring. The book sounded the alarm about DDT and other dangerous pesticides, and it’s credited by many with sparking the modern environmental movement. But before that, Carson wrote books about the ocean, books that were both scientific and poetic. Silent Spring was a turning point in her writing, and Dorothy Freeman, Carson’s most intimate friend, was worried that Carson would be persecuted. Professor Lida Maxwell, who studies Carson:

Lida Maxwell: Keep doing your beautiful nature writing and don't go over there to the politics of it, essentially.

Michael Stein: But Carson has done years of research and she’s ready for the battle, — and she writes Freeman a letter.

Rachel Carson: Knowing what I do, there would be no future peace for me if I kept silent. I wish I could feel that you want me to do it. I wish you could feel as I do that it is in the deepest sense of privilege, as well as a duty, to have the opportunity to speak out to many thousands of people on something so important.

Michael Stein: And people listened. And they spoke out. DDT was eventually banned, and many birds made a comeback. Birds are resilient, and they can thrive, given a chance — and sometimes, a champion.

We have a longer version of this story — check it out on our podcast, BirdNote Presents. Search for it in your podcast app, or find it at our website, BirdNote.org.