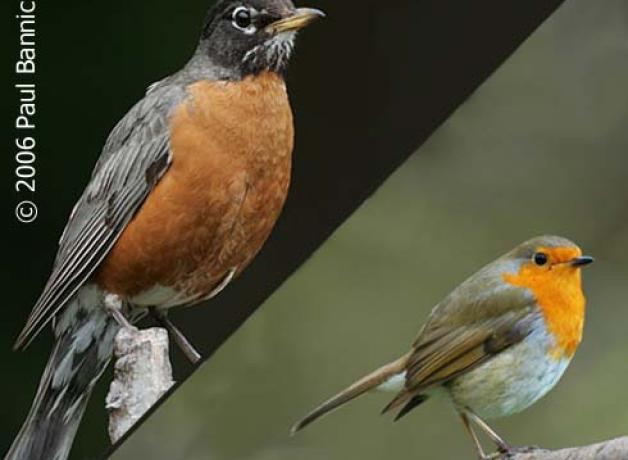 April 23 is the birthday of William Shakespeare. Shakespeare was pretty well acquainted with - among one or two other things - birds. More than forty strut, twitter, shriek, sing, and soar through his works. But the bird he knew as a Robin Redbreast is not the bird we call a "robin" in the United States. Learn more about the American Robin, (seen here on the left), at Cornell's All About Birds. There's more about the European Robin (right) at the RSPB.

Today we celebrate the birthday of William Shakespeare. “Why should we?” you may ask. Well, on the evidence provided in his plays and poems, Shakespeare was pretty well acquainted with birds. More than forty strut, twitter, shriek, sing, and soar through his works:

“There's a special providence in the fall of a sparrow," says Hamlet towards the end of the play. "If it be now, 'tis not to come; if it be not to come, it will be now; if it be not now, yet it will come. The readiness is all.” 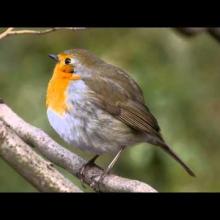