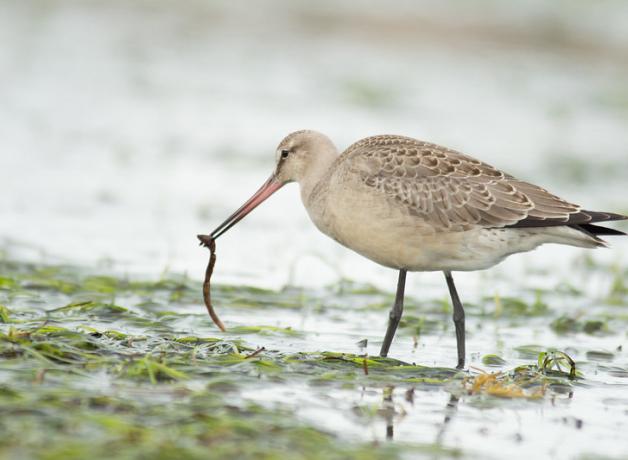 It's September, and millions of shorebirds are on the move. Most nest in high northern latitudes, such as the Arctic tundra. And a surprising number fly all the way to South America. This young Hudsonian Godwit might have hatched near Hudson Bay or in extreme northwest Canada, and it will probably winter in southeastern South America - maybe as far south as Tierra del Fuego! Go on a field trip and maybe you'll see some shorebirds. Start with your local Audubon.

BirdNote®
Shorebirds Migrate South - Where Are they Bound?
Written by Bob Sundstrom

In September, all across North America, the southward migration of shorebirds reaches its peak. Millions of shorebirds – the sandpipers and plovers that grace our shorelines – are on the move. And many birders now flock to the mudflats to watch the annual pilgrimage.

Most shorebirds nest in high northern latitudes, such as the Arctic tundra. Where are these migrants bound?

If you'd like a chance to see and hear a multitude of incredible bird species in Cuba, why not join BirdNote on our trip to the island this fall? Spaces are limited, so look for more details today at BirdNote.org.

Find your local Audubon societyHudsonian Godwit - More at All About Birds 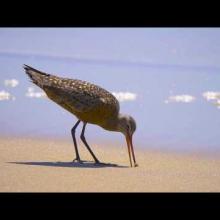 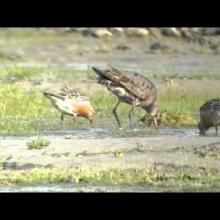