Song Sparrows Across the Continent

The same bird in thousands of different soundscapes. 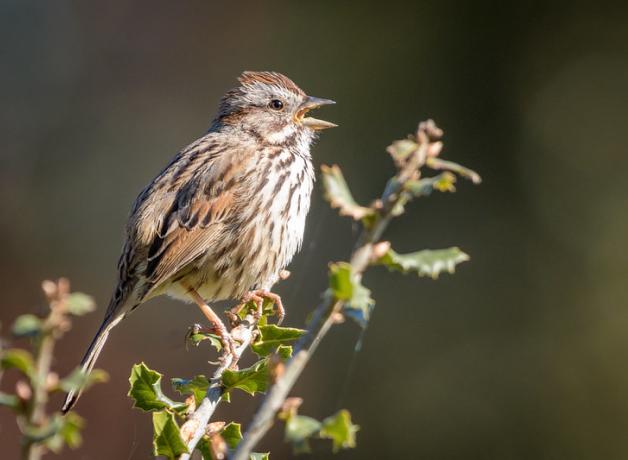 Song Sparrows can be heard singing almost everywhere in the United States. People have recorded their song along rivers and lakes, in cities and towns, and in fields and forests.

Song Sparrows Across the Continent

Almost anywhere in the United States, you can hear the song sparrow.

People across the country have recorded this sparrow. One bird, singing the same song, in thousands of different soundscapes.

An island off the coast of Maine.

I'm Sam Harnett for The World According to Sound. We're teaming up with BirdNote to make an immersive, 70-minute, virtual event about the sounds of birds. More info at BirdNote DOT org.