There’s more to a bird’s song than you might expect! 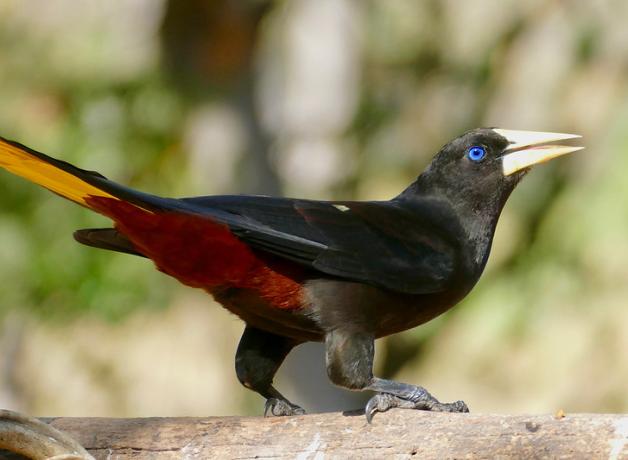 By slowing down the songs of the Crested Oropendola (seen here) and the Tui, all the notes and harmonies stand out. While these details normally rush past the human ear faster than our brains can process, birds are alert to the subtleties of other birds’ songs.

Some birds sing songs so fast and complex that it’s really hard for the human brain to make sense of. But if you slow them down, you can appreciate the nuance of their vocal craft. Let’s listen to the songs of the Crested Oropendola and the Tui bird. We’ll hear them sing normally, and then also slowed down to a quarter of their normal speed.

I'm Chris Hoff from The World According to Sound. We're teaming up with BirdNote to make an immersive, 70-minute sound event all about birds. To find out how to attend, go to BirdNote.org.

The Tui of New ZealandCrested Oropendola - More at Peru Aves