Sound Escapes - Find Yourself in Nature 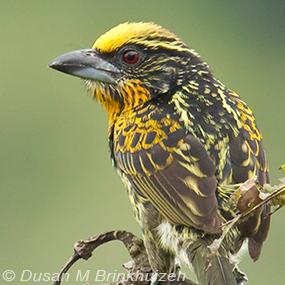 Sound recordist Gordon Hempton thinks our thoughts and our actions echo the place we’re in. So if we’re in a noisy city, we’ll be noisy ourselves. But, Gordon says, “When we go to a place that is nature at its most natural, I think we find ourselves being who we are.”

Today, we're on the Zabalo River in the Ecuadorian Amazon...

Sound Escapes - Find Yourself In Nature

Gordon Hempton has spent his life learning to listen deeply. He’s traveled the world recording the sounds of nature. But over his long career, he’s found something surprising. The wildest, most dangerous places - like the Zabalo River in Ecuador, which we’re listening to now - are also the places where Gordon has felt most truly… himself.

GH: While this is the most dangerous place for me to record, I find it is the most freeing as well. And to live in that kind of freedom and to explore the wild... I think our thoughts and our actions echo the place we’re in. If, if we’re in a noisy place like New York, we’re going to have... be noisy ourselves. Some people might enjoy that, but we’re going to be that. We echo the place. We are what we hear. And, and so when we go to a place that is nature at its most natural, I think we find ourselves being who we are.

AA: Gordon Hempton has teamed up with BirdNote to make a special podcast of his favorite natural sounds from all over the world. You can learn more about Gordon and listen to the whole series at Bird Note Dot Org Slash Sound Escapes.

This show is made possible by Jim and Birte Falconer of Seattle, the Bobolink Foundation, Idie Ulsh, and the Horizons Foundation.