Spring, The Sky Rippled with Geese - With Maria Schneider

Based on a poem by Ted Kooser 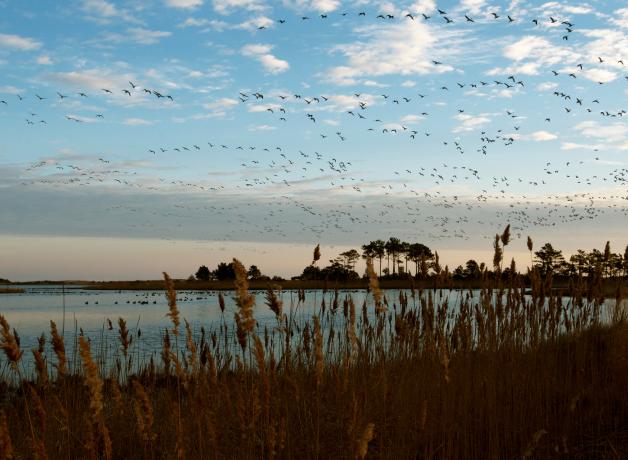 Birds provide a lot of inspiration for composer Maria Schneider, whose album titled Winter Morning Walks won three Grammy awards in 2014. One song from that album, “Spring, The Sky Rippled With Geese,” features Ted Kooser’s poem of the same title. Here’s what Maria says about spring: “That’s my favorite time of year! When you feel the geese coming north and just the littlest buds coming out . . . It’s so magical.”
You can learn more about Maria's experience in writing music -- which she shares freely as a part of every project -- and learn how to participate and receive her recordings by clicking a link below.

Spring, the sky rippled with geese,

but the green comes on slowly,

timed to the ticking of downspouts.

The pond, still numb from months

of ice, reflects just one enthusiast

this morning, a budding maple

whose every twig is strung with beads

Selection from Spring, The Sky Rippled With Geese, from the album Winter Morning Walks

“That’s my favorite time of year! When you feel the geese coming north and just the littlest buds coming out, and the sound of the dripping… It’s so magical…”

To welcome spring with Maria Schneider’s music, begin at birdnote.org.

[Go out with Spring, The Sky Rippled With Geese]

* Recorded with the Australian Chamber Orchestra and selected members of Maria Schneider’s band. 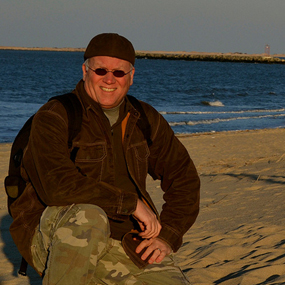