BirdNote is a two-minute radio show that combines rich sounds with engaging stories, to illustrate the amazing lives of birds and give listeners a momentary respite from the news of the day. 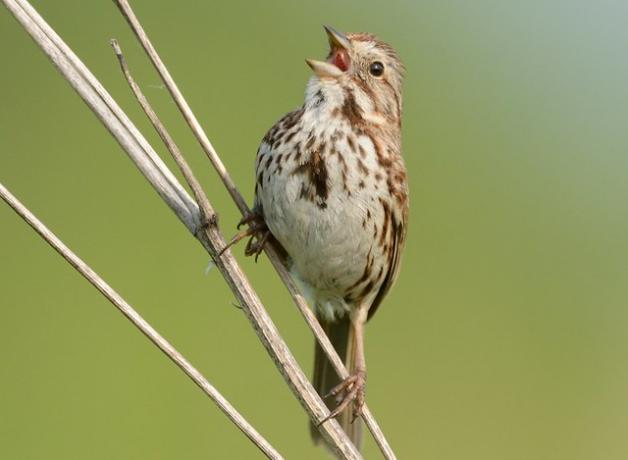 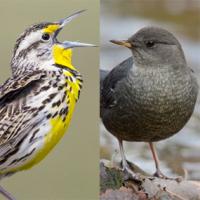 June 4, 2017
Gordon Hempton, the Soundtracker, likens the joy he feels after a day of recording Western Meadowlarks (their eastern cousin is seen here on the left...) to the experience of John Muir, who knew individual American Dippers (also known as Water Ouzels; seen here on the right) by their songs 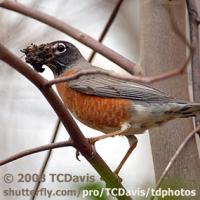 June 3, 2017
Want to try building a nest? Consider this... An average American Robin weighs less than three ounces. An average person weighs 170 pounds, or 1,000 times as much as a robin. A robin's nest, made of grass and mud, weighs about seven ounces, so yours will weigh 450 pounds. You'll need to 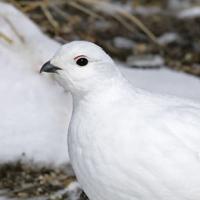 May 30, 2017
As spring warms the land, imagine what resident birds like this White-tailed Ptarmigan – and those returning – might now be hearing, in places long covered by snow. Gordon Hempton, the SoundTracker, captures the music… “John Muir uses the expression, 'Snow melting into music.' But I knew 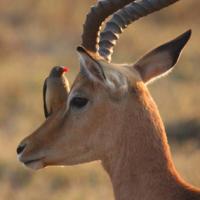 May 27, 2017
Nature shows set in Africa often show rhinos and other large mammals with small birds on their backs. They're oxpeckers — like the Yellow-billed Oxpecker pictured here. This relationship was long held up as a textbook example of mutualism. Oxpeckers feed almost exclusively on whatever they 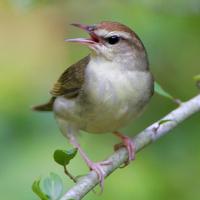 May 22, 2017
On a fine May morning in Great Smoky Mountains National Park, a song issues from within a rhododendron thicket. It's a Swainson's Warbler — one of North America's shyest birds. These birds forage quietly on the ground, flipping over leaves to expose and capture insects. They scurry away 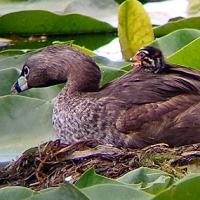 May 19, 2017
The call of the Pied-billed Grebe is unusual. Their nests are unusual too – little platforms of plant material that float on water, hidden behind vegetation. Martin Muller, an expert who loves unraveling the mysteries of Pied-billed Grebes, explains how grebe parents like this one build