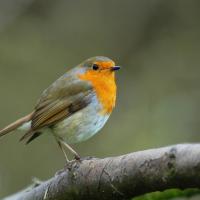 February 15, 2021
Like the American Robin, the European Robin is a bird of yards and gardens. But it’s not much bigger than a chickadee. The robin’s likeness turns up everywhere from Mother Goose rhymes, Peter Rabbit stories, and whiskey labels to postage stamps and Christmas cards. On at least two 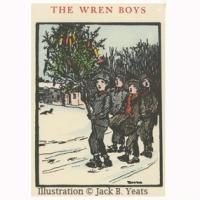 December 26, 2014
December 26th is known in the British Isles and elsewhere as Saint Stephen's Day, in honor of the first Christian martyr. Beginning in the 16th Century, local lads would go forth for a yearly wren hunt. The wren was protected the rest of the year, but the day after Christmas, the "Wren 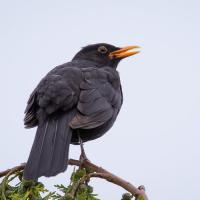