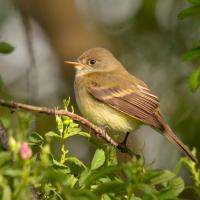 The Sneeze of the Willow Flycatcher

August 5, 2019 Willow Flycatchers arrive later than most other migrants, usually at the end of May. They're coming from South America, a long way to fly for a bird that weighs less than half an ounce. A male Willow Flycatcher aggressively defends its territory against other males and soon attracts a mate 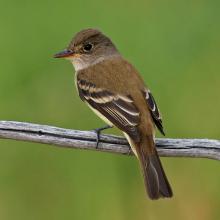