BirdNote celebrates the life and work of lead writer and science advisor, Bob Sundstrom. Bob’s passing on May 16, 2021, marks the loss of a great friend to BirdNote. He was a teacher, friend, and mentor for so many, including those of us at BirdNote. He leaves behind a remarkable legacy of nearly 900 stories that will be heard for generations to come. Bob's work and our full archive of daily shows will be preserved for perpetuity in the Library of Congress. 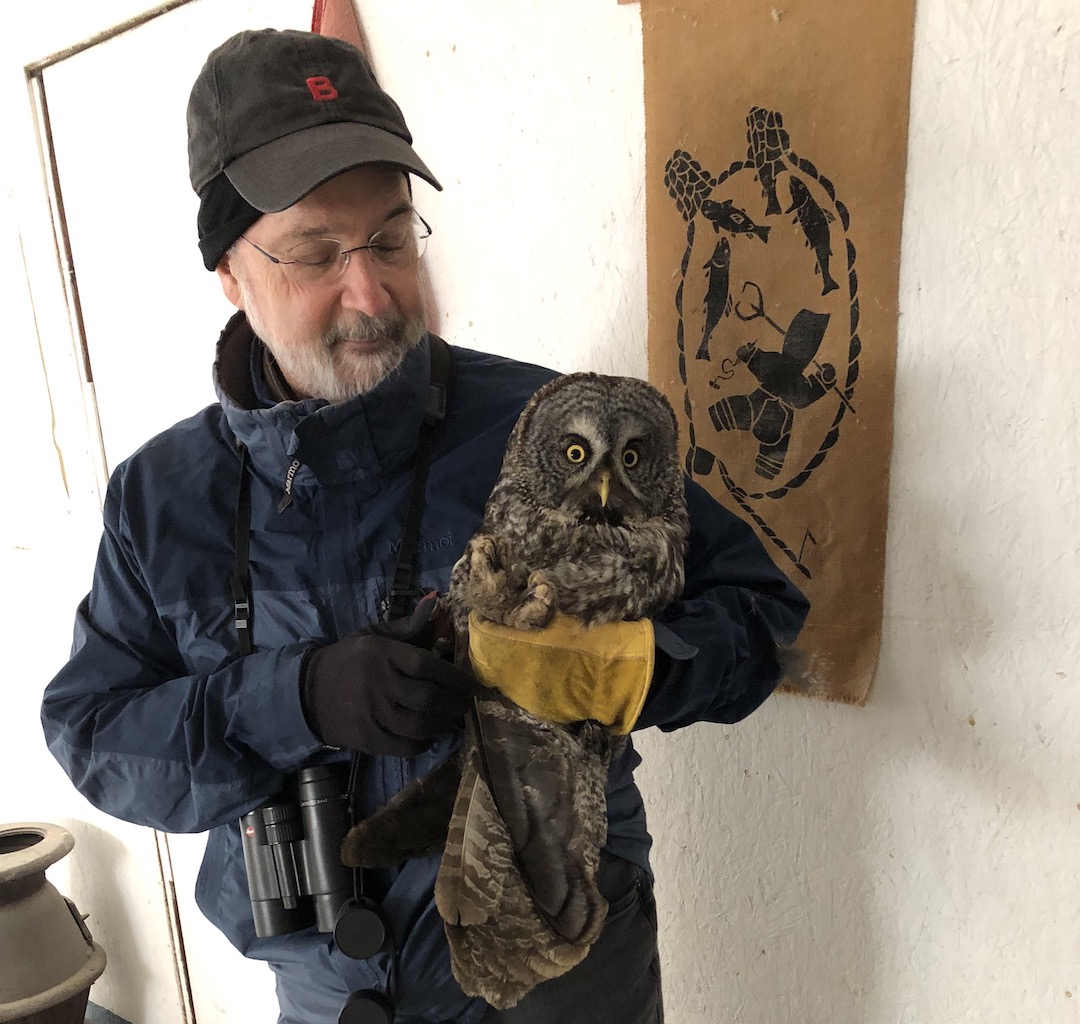 Bob Sundstrom passed away on May 16, 2021, after a recurrence of leukemia. He died comfortably and in good spirits at his home in the country along Scatter Creek in south Thurston County, in the company of his wife, Sally Alhadeff and their three cats. He was 69.

Birds were a great love for Bob, as well as his career. He earned a living as a full-time professional birder: leading tours to many parts of the world for Victor Emanuel Nature Tours, conducting van trips from Mercer Island, teaching, and writing for radio. For thirty years Bob taught Birding by Ear for Seattle Audubon Society, helping many to know and appreciate the voices of birds.

His writer's voice will continue to be heard through nearly 900 BirdNote radio stories he authored as Lead Writer. He continued writing into his final days, including a final story on May 14. He thanks founder Chris Peterson and Executive Director Sallie Bodie for the opportunity to be part of the BirdNote team. He was overwhelmed by the gratitude expressed for his career work in his last months.

Bob liked to say that birds were his day job, but not his obsession. When not birding or writing, Bob loved books, music, bicycling, and single malt Scotch. He and Sally took great pleasure in gardening and tending the natural habitats on their rural acres. He became a great admirer of classic literature and poetry. He earned his Ph.D. in cultural anthropology at the University of Washington.

Bob is survived by his wife, Sally Alhadeff, brother Bill Sundstrom, and nephews Ethan and Erin Sundstrom. His loving parents, Mary and Bill, are deceased. He thanks many friends and colleagues, the Olympia Unitarian Universalist congregation, and Sally's family for their loving support.

Sally and Bob had 28 wonderful years together. They loved watching the swallows glide and the ravens soar above their camas-covered meadow along Scatter Creek.

If you'd like to leave a remembrance in Bob's name, please consider a donation to BirdNote.

Nearly half of the 1,600+ stories in the BirdNote archive have been written by Bob. From Swan Song and Fancy Ducks to Grassland Meander and Daffy Duck, Bob's ability to engage people in the fascinating world of birds is simply masterful. The following stories, written by Bob, were among the most popular shows on BirdNote.org during 2020:

Bob's scientific expertise has shaped hundreds of BirdNote scripts since 2006. He has also generously shared his expertise with individual listeners seeking information about bird behavior, identification, habitat, and much, much more. Did you know Bob is the co-author of the National Audubon Society Field Guide to the Pacific Northwest? No wonder his field trips are so popular. And speaking of field trips . . .

It goes without saying that Bob has led members of the BirdNote community on some of the most memorable trips of their lives, from Swakane Canyon in Washington State to Big Bend National Park and beyond. His patience and preparedness is part of his signature leadership style, something deeply appreciated by those of us who borrowed a few bucks from Bob to secure a snack, having left our wallets on the bus!

Bob is well known in the greater Seattle community for his popular "Birding by Ear" classes. He shared this advice with The Seattle Times in 2005: “If you’re doing anything beyond very elementary birding, sounds are very important. Learning different types and qualities of bird song help you begin to appreciate what’s around you in a new way.” The article ends with some birding-by-ear advice for all of us: “It’s a life-long process and I’m still learning.”

Whether Bob is leading a trip for Victor Emanuel Nature Tours (VENT), teaching a class at Seattle Audubon, or giving a presentation for BirdNote, he has been a tireless champion for BirdNote, introducing thousands of people to the show. And he has educated and inspired millions more through his writing. Check out the entire archive of BirdNote shows written by Bob and read messages to Bob from the BirdNote community on our tribute page.

Learn more about Bob on his BirdNote contributor page. 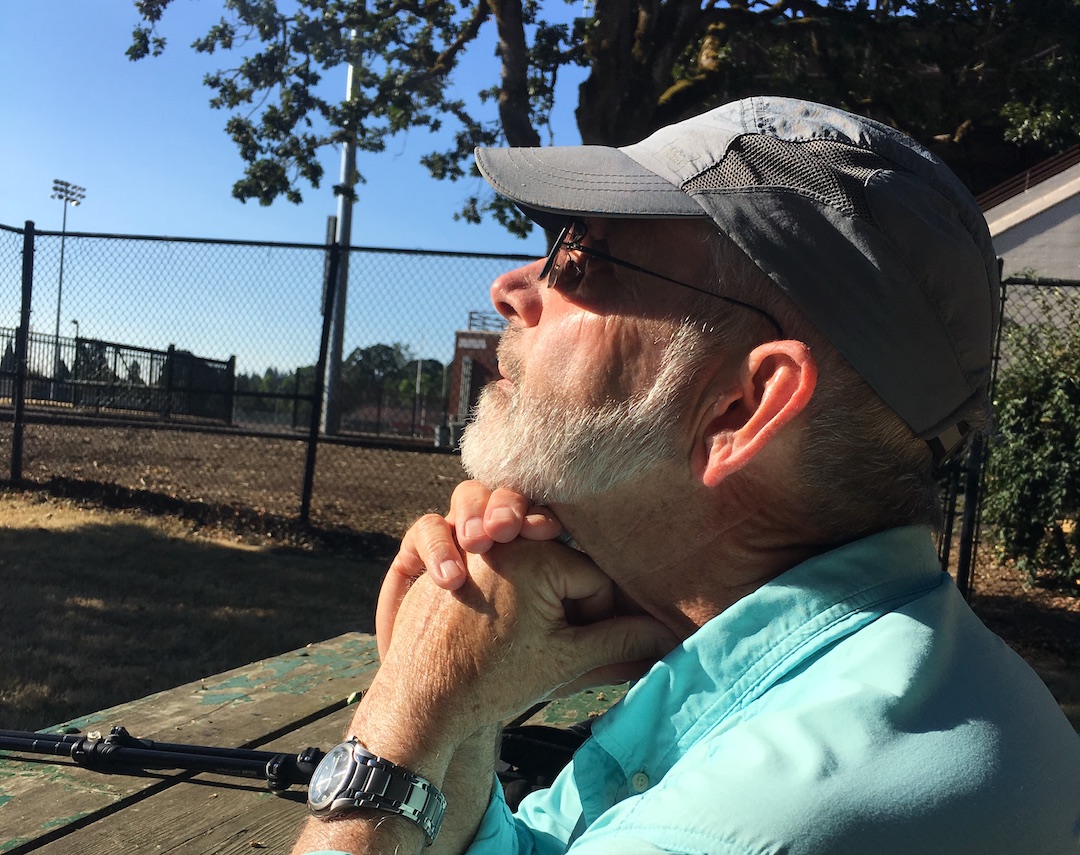