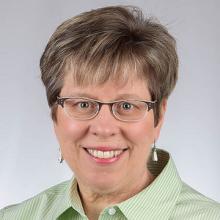 Jan Lewis has specialized in theatrical photography since 2002, photographing without the aid of flash in order to maintain the original lighting characteristics of the production. Most of her theatre photos are taken during a final dress rehearsal and are not staged or set up, but rather, are live action shots.

However, her photographic interests span a broad spectrum, including nature, macro, landscape and portrait photography. The photo of a House Finch won the Grand Prize in the Cornell Lab, FeederWatch BirdSpotter photo contest in 2016 and is featured as the December image in their 2017 calendar.

Browse shows that Jan has contributed to.