Drew Lanham - Why I'm a Birder

This interview comes to you through a partnership between BirdNote and Audubon.

Audubon offers a series of reflections on Why I'm a Birder. 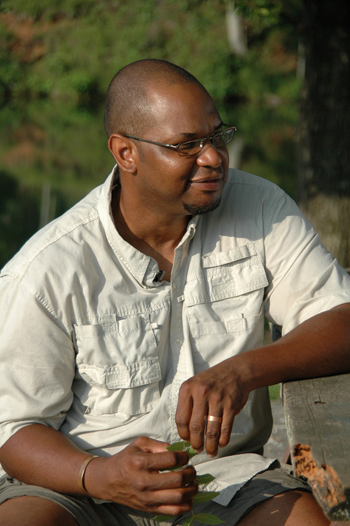 For ornithologist Drew Lanham, it started with the (in)ability to fly.

I’ve always wanted to fly. I spent my earliest years climbing, leaping, running, and flapping my arms in vain attempts to become an airborne being. I made wings out of cardboard, and tried to float away on umbrellas. None of it worked.

I’m not sure what my first bird was, but I do know that from a very early age, I marveled at the avian ability to sail from place to place—unhindered by the earth’s invisible and imprisoning force. To me, flight was magic, and I was entranced.

No one is born a birder. Although I count second grade as the genesis of my birding life, I didn’t “crack the shell” with a pair of binoculars slung around my neck. If we are in fact born with a bird-loving gene, then I think I received a double dose. Behaviorists often cite the influences of nature—what we’re born with—and nurture—what influences us in our environment—as the formative factors in who we become. For me, nature has been an innate love for the outdoors and wilderness. E.O. Wilson, the eminent biologist, has described this as “biophilia.” It is the innate bond or attraction between humans and other living beings—sometimes even entire ecosystems.

Nurture for me was growing up in the middle of a national forest on a family farm. That environment was the cauldron that nurtured my nature. My mother was a biology teacher, and my father taught earth science. They had their own biophilia: tending their own garden and raising our own beef. I spent my days playing outdoors and wishing that I could be like the feathered ones that sung from the trees. 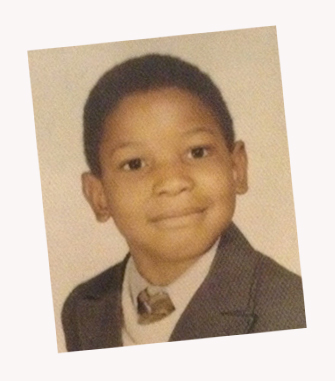 Beyond home, there were other influences that cemented my fate. Up until second grade, my appreciation for birds had been a passive one. But when I reached Mrs. Beasley’s class, everything changed. One day she distributed outlines of birds for us to color. The bird on the page was familiar to me. It was a mockingbird (Northern Mockingbird, for those of you with an ornithological bent). I’d seen them around the farm; they sang on moonlit nights outside my bedroom window. As my eight-year-old classmates proceeded to turn their mockingbirds into psychedelic hurricanes, I took out my giant pencil and carefully shaded in my mockingbird with subtle black and gray tones—proof that I was either a birder or terribly unimaginative. Mrs. Beasley began to foster my passion by showing me books in the library that were filled cover to cover with birds. The diversity of species seemed endless; there was always something new to learn and look for. I devoured every book I could get my hands on and read the “birds” section in the Compton’s encyclopedia at home over and over again.

Over the years the passion grew. My best friend through elementary, junior high, and high school was a birder, too. That gave me the confidence to keep going; it was positive peer pressure.

As I prepared for college, I envisioned wildlife biology as a career. But others didn’t understand why a young black man would pursue such a “white” profession. After all, what would I do with a degree in zoology? Become a zookeeper? That’s not something WE do!

And so for the first half of my college career, I put my passion aside to pursue a degree in something sensible and more appropriately “black.” I studied mechanical engineering and made decent grades. But there was one problem. I was miserable. One day in my junior year of engineering, I was on my way to class, when I turned back. I never attended an engineering course again. I changed my major to zoology and let birds and other wild things became the driving force in my life again. Studying ornithology in grad school simply tattooed the love deeper on my heart. Now I’m a professor of wildlife ecology at Clemson University, an ornithologist, and, forevermore, a birder.

We all have a bird story. Maybe it’s hearing a whip-poor-will sing in the dead of night and wondering how it makes its sounds. Perhaps it’s seeing a pigeon fly strong through a canyon of glass and steel and wondering where it’s going. Noticing birds is the essential first step to becoming a birder. That’s it. From there, the sky's the limit.

I also think it’s a matter of redefining and expanding what a birder is. Color doesn’t limit birds; it simply enhances their lives and our enjoyment in seeing them. I think it should be the same with us.