While out taking photographs last week, Gregg Thompson was able to catch a Great Egret in action. He writes: 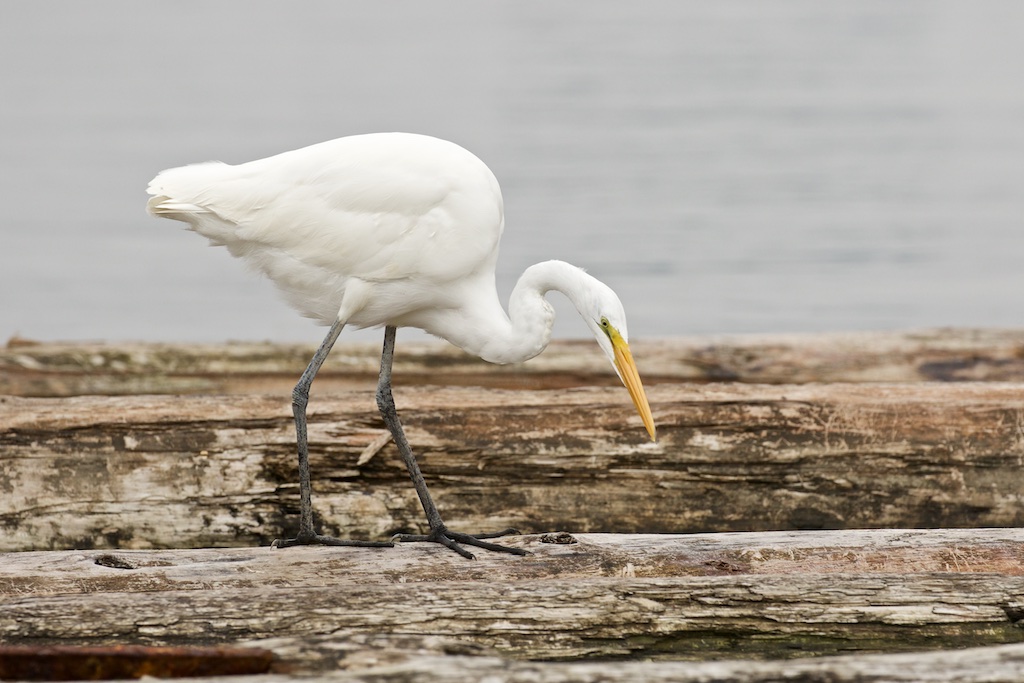 I seem to have gotten caught up in shooting sequences of behavior. 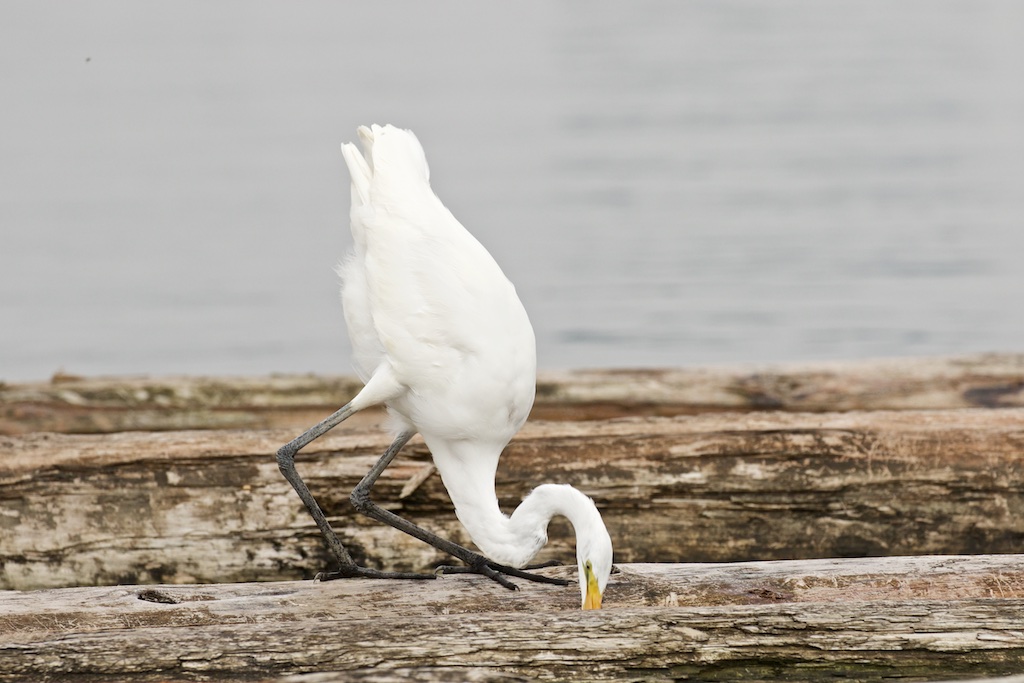 I especially like having a situation where a certain behavior is repeated many times, so that if I miss the shot, I have another chance. 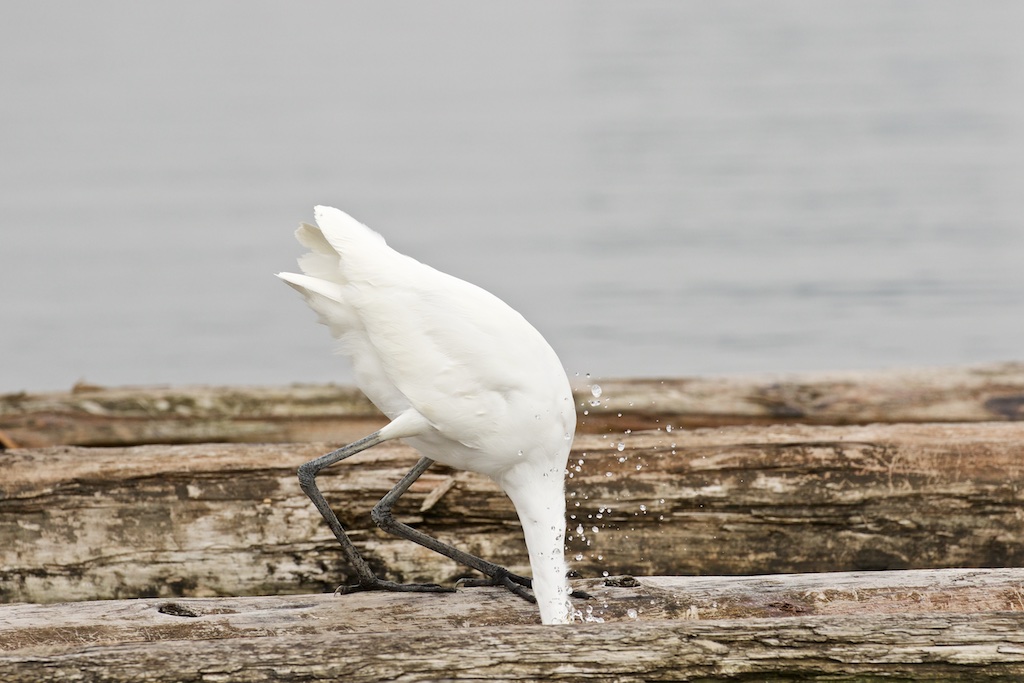 This egret is having a really easy time catching these “shiners,” a.k.a. surf perch. (There are a lot of the perch in the water right next to the dock.) 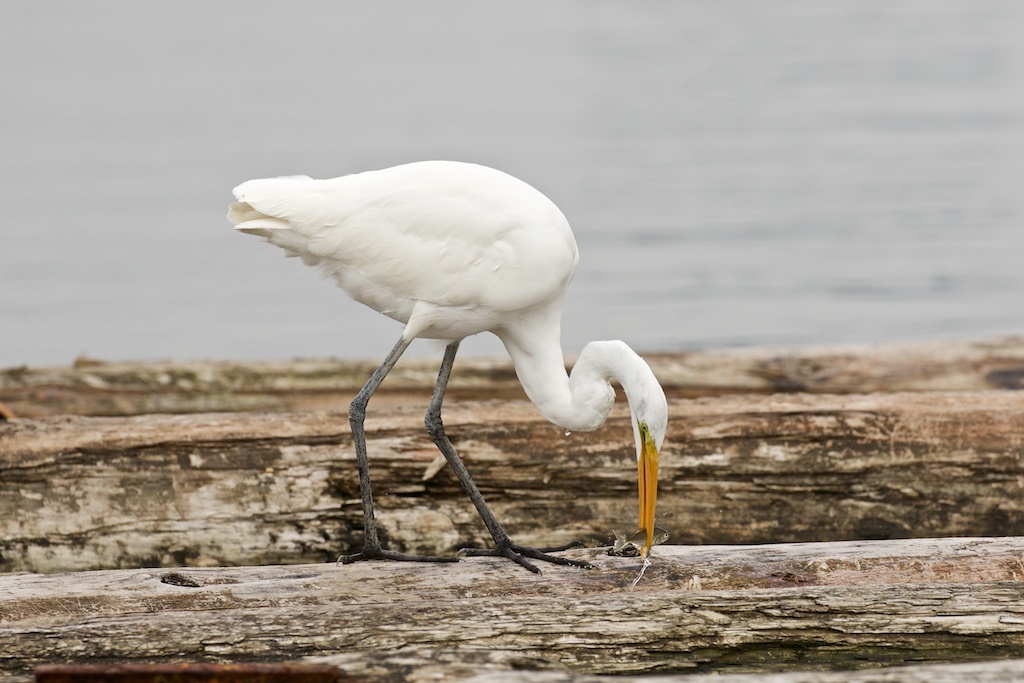 One part of the behavior that doesn't always show up, but happens often enough to be part of the sequence, is when the bird brings the fish up out of the water. The egret shakes its head to one side then the other. 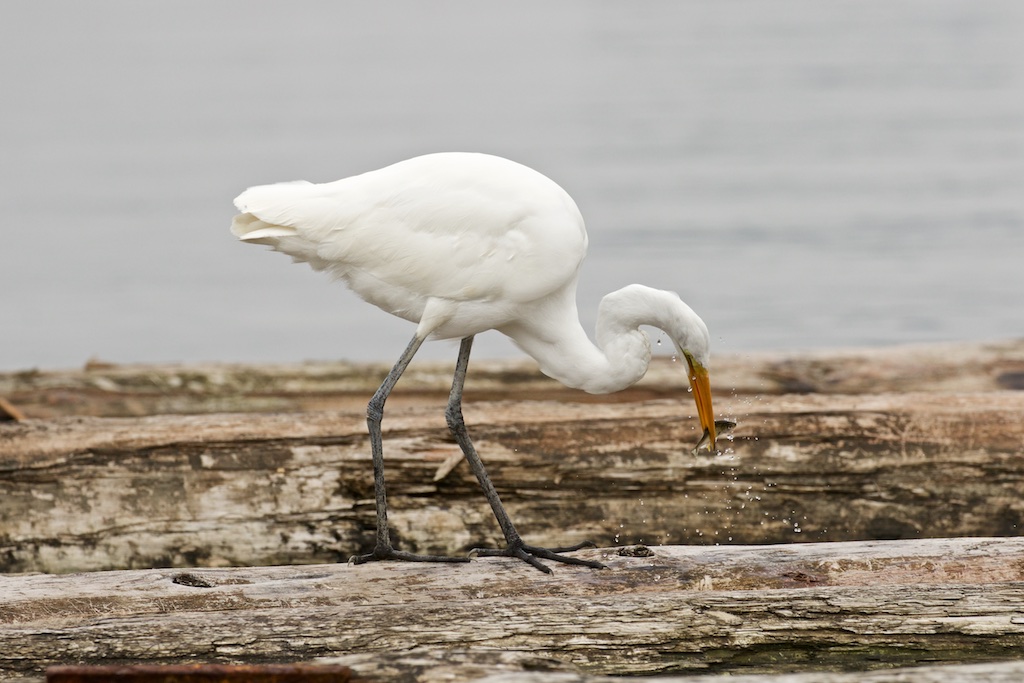 This might be to shake water or some inedible matter off the fish. 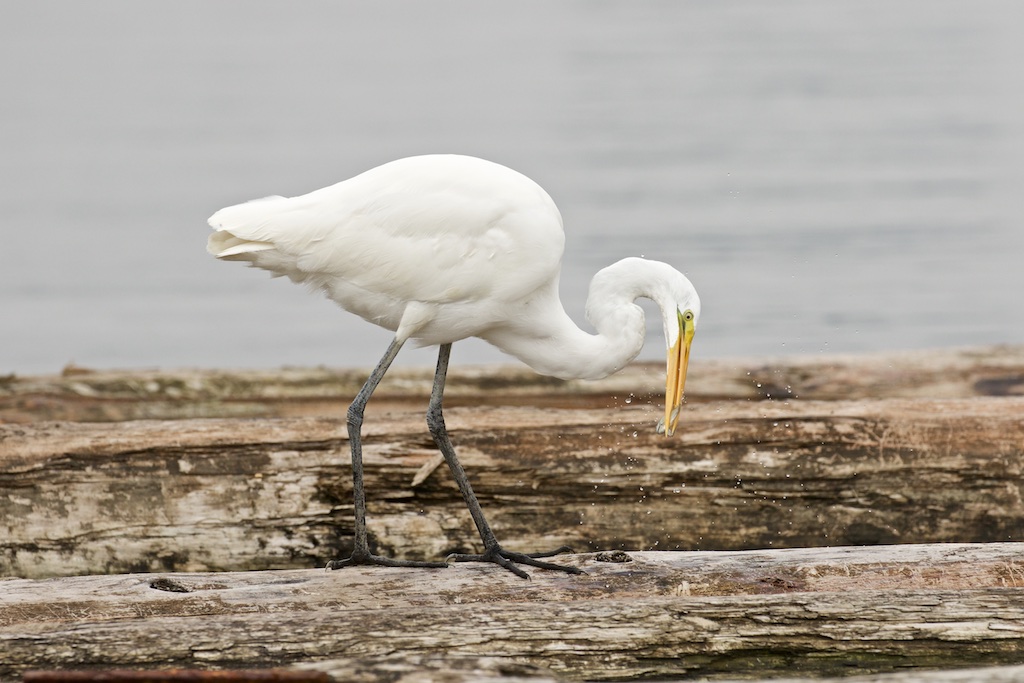 The other “stop of the action”that I really like is the tossing of the fish into the air and moving the head forward, so that the fish lands in the back part of the bird's bill. 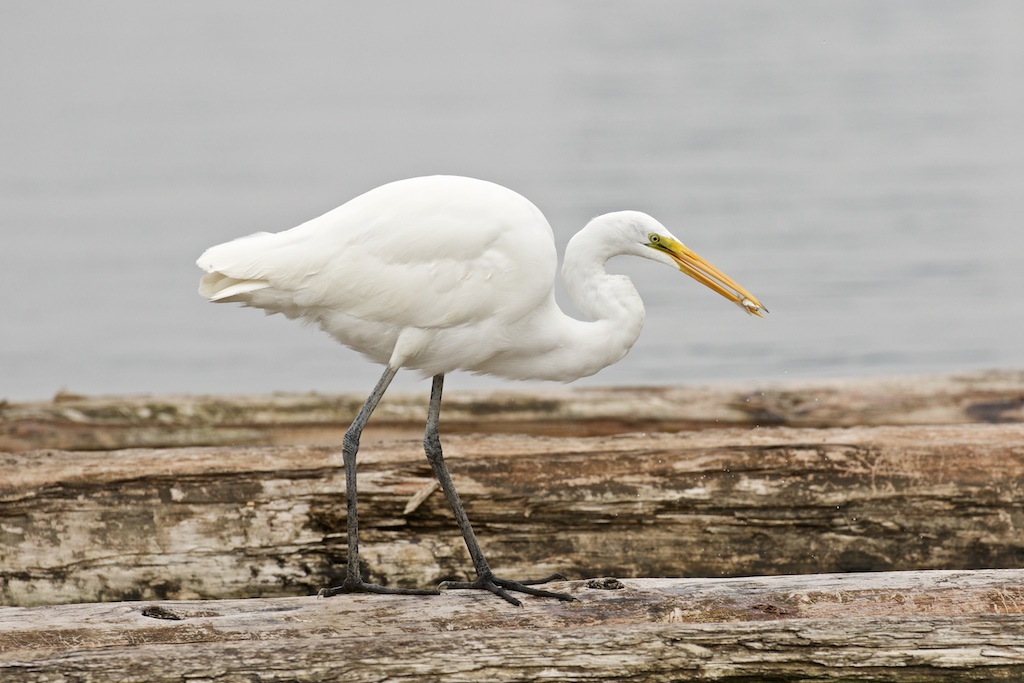 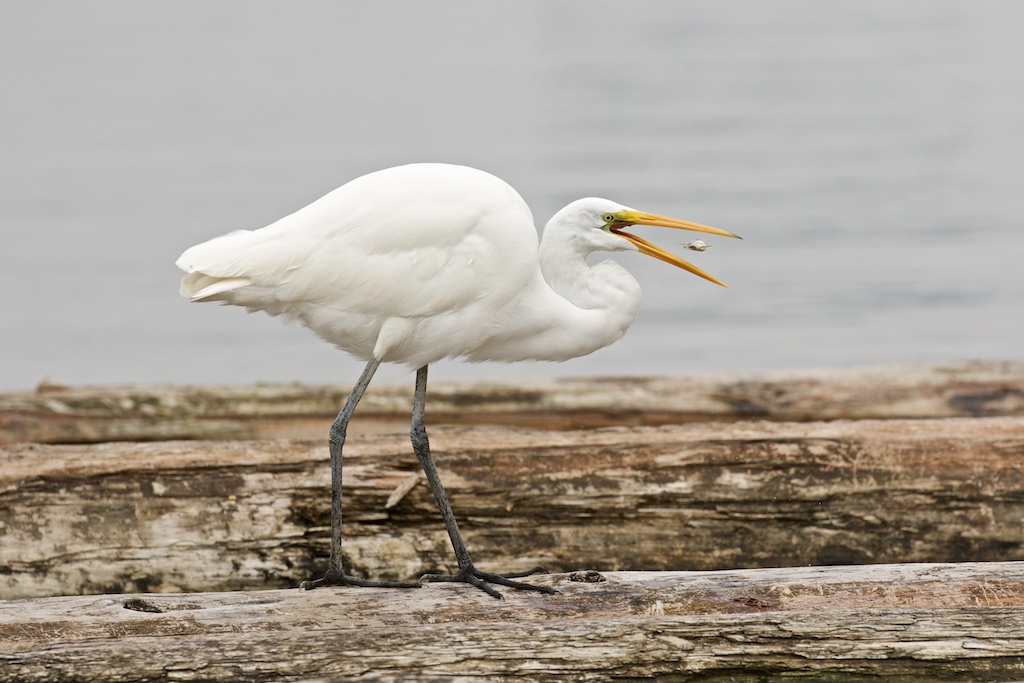 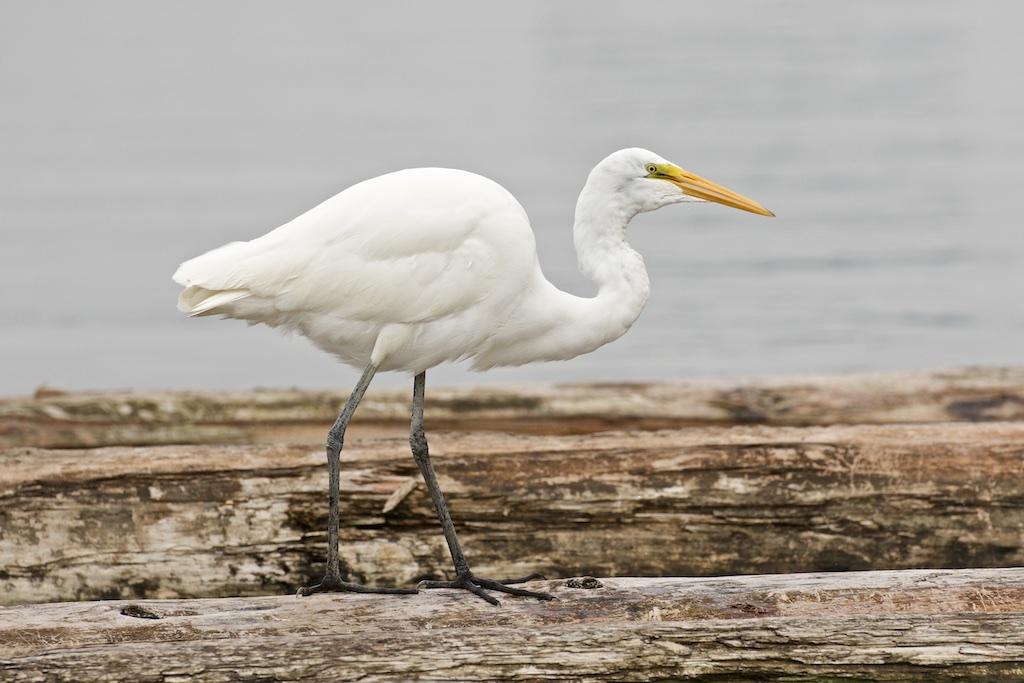 When you think about it, how else can a bird move the fish from the front of its bill to its mouth? I don't think the tongue will work. Gravity might work but I think most of these fish are alive as they go down the throat.

Nice catch, Gregg! Thanks for these cool photos.

And Gregg is on to something: there is actually a name for this food-tossing behavior. It is called “inertial feeding.”  Most mammals, like ourselves, have cheeks, lips, and strong dextrous tongues, which can be used together to move food around within our mouth, an action called “intraoral transport.”  We largely take such fine oral control of our food for granted. But most amphibians and reptiles, including birds, don't have structures that allow them to transport food from the tip of their bills or rostrums all the way to the back of their mouths. So birds do what this egret is seen doing: tossing the fish into the air and then thrusting its head forward to catch the morsel farther back in its beak. This behavior thus uses the food's inertia to move it into place for further processing, like chewing, or as in the case of this egret, simply swallowing.

Listen to these BirdNote shows about egrets: