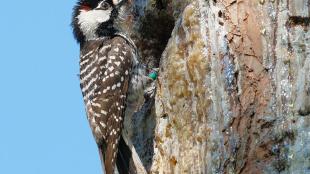 January 7, 2021
After carving a nest cavity in a living tree, which can take a year or more, Red-cockaded Woodpeckers peck holes around the nest, causing sap to flow downward. This creates a barrier to thwart hungry snakes. The mature longleaf pine woods where these endangered birds live are shrinking 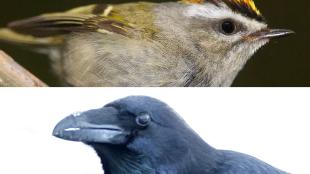 October 10, 2020
The group of birds called “songbirds” — the perching birds — is incredibly broad. Half the world’s 10,000 birds are in the songbird group, and their range of body sizes is mind-boggling. One of the smallest songbirds in North America is the Golden-crowned Kinglet, barely larger than a 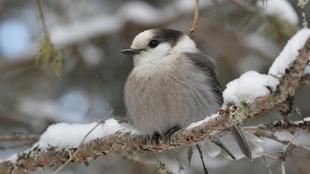 January 25, 2020
While camping in the mountains, you might see this Canada Jay (formerly known as the Gray Jay — but before that, as the Canada Jay!), boldly swooping into your camp. This handsome jay’s big, black eyes seem to miss nothing — especially food. But the one food Canada Jays don’t eat is 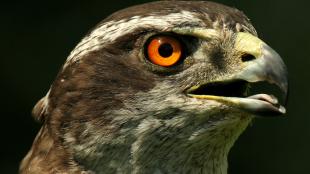 August 9, 2019
Among the great firs and Ponderosa pines of Stanislaus National Forest in central California, Northern Goshawk nestlings crowd a platform nest of branches and pine needles halfway up a mature fir tree. In 2013, what’s known as the Rim Fire occurred, and some of the area burned with high 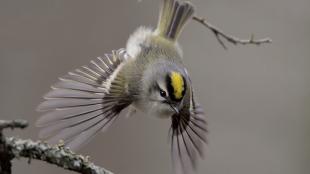 Late Fall Sounds to Listen For

November 21, 2020
By the time November rolls around, the bird songs of summer can seem a distant memory. But there’s always something to listen for. Small birds like chickadees and kinglets, including the Golden-crowned Kinglet pictured here, often mix in flocks while foraging. Geese can be heard overhead 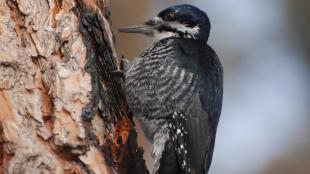 November 2, 2015
Forest fires have profound effects on birds and other wildlife — for better or worse. Birds such as this Black-backed Woodpecker find a bonanza of insects under burned bark and ample snags in which to carve out nest holes. Woodpecker cavities are often reused by birds like bluebirds. And 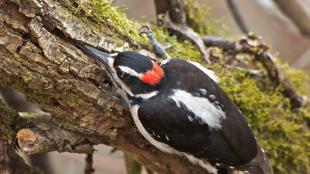 Do Woodpeckers Harpoon Their Prey?

June 15, 2020
Because many woodpeckers have pointed tongues, it was once assumed that they “harpoon” their prey. But what they actually do is more complex. Like a safe-cracker in a movie, birds like this Hairy Woodpecker use a killer combination of sensitivity and force. First, as it scales a tree trunk 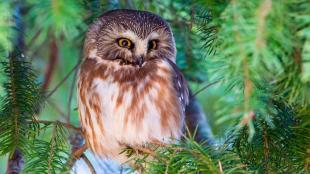 Northern Saw-whet Owl - A Bird with a Lot to Say

May 22, 2018
For such a small owl, the Northern Saw-whet has a lot to say. And a lot of ways to say it. Males weigh about as much as an American Robin. And they send out at least 11 different calls, including “toot-toot-toot” advertising calls, from late January through May. The rate of calling is 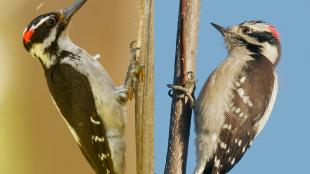 November 9, 2019
These Downy and Hairy Woodpeckers appear nearly identical, but the Hairy Woodpecker is larger than the Downy, with a distinctly longer bill. And it doesn't have the black spots on its outer tail feathers like the Downy. But even if you can’t observe these spunky birds, you can identify 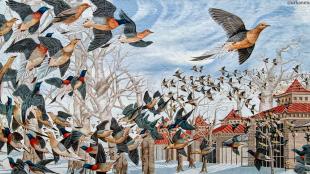 The Demise of the Passenger Pigeon