Alex Chadwick in Big Bend: An Oasis for Birds

Dams and ponds create rich habitat in the desert 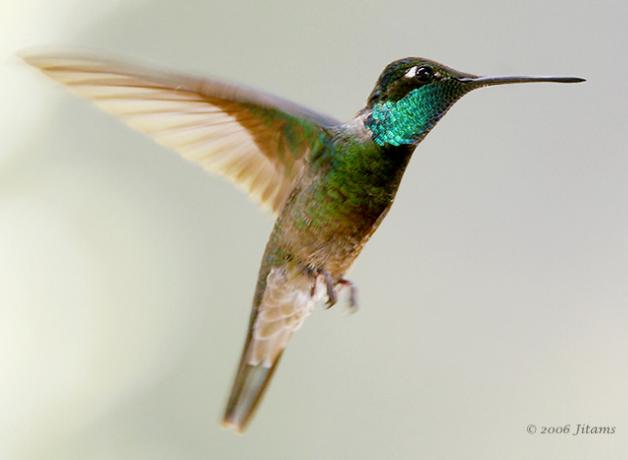 Carolyn Ohl-Johnson found a home — and a way of life — near Big Bend National Park. BirdNote contributor Alex Chadwick visited Carolyn at the desert oasis she created for birds such as this Rivoli's Hummingbird. But her accomplishment has required tremendous sacrifice. “I haven’t seen my great grandkids since they were babies,” she admits.

BirdNote®
Alex Chadwick at Big Bend - An Oasis for Birds

Michael Stein: This is BirdNote. Carolyn Ohl dug and dammed a small piece of the southwest Texas desert to make an oasis for birds. She met BirdNote contributor Alex Chadwick at her home near Big Bend National Park.

Carolyn: Okay, when I bought this property in 1977, it had a couple of wells. And we got a little bit of water, but not much.

Alec Chadwick: Carolyn’s husband was at the Terlingua property one day in the rainy season, almost 20 years ago. And during an evening storm, the two of them watched the nearby arroyos fill.

CO-J: Just…like a wall of water would come rushing down in the rain, like a flash flood.

AC: And they began to talk…What if we could save that water, hold it somehow? They dug a great space for a pond, and braced, and coated the surface, and braced some more.* At last, they had a dam and a channel that led to the pond.

CO-J: But it’s an engineering marvel to just watch a wall of water come down here, and all of a sudden, everything’s full, and all the water is flowing where it is supposed to go.

AC: In her, I see pioneer qualities of determination, calm resolve. Writing about the oasis, she confessed that the water has come to mean more to her than anything. “It’s bigger than my grandkids,” she said.

CO-J: I’m afraid so. That’s right. I haven’t seen my great grandkids since they were babies, and they’re like…10 or 12 right now…No, maybe…I don’t know how old they are, but anyway, yeah, it comes first to me. Because, without it, I would have to give up on my habitat. If I gave up on my habitat, what would I do? How long would I be happy, sitting in the city, rocking my grandkids, y’know? Not at all. About a day.

AC: For BirdNote, this is Alex Chadwick. 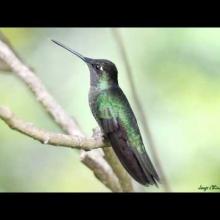