This robot protects birds and people at airports 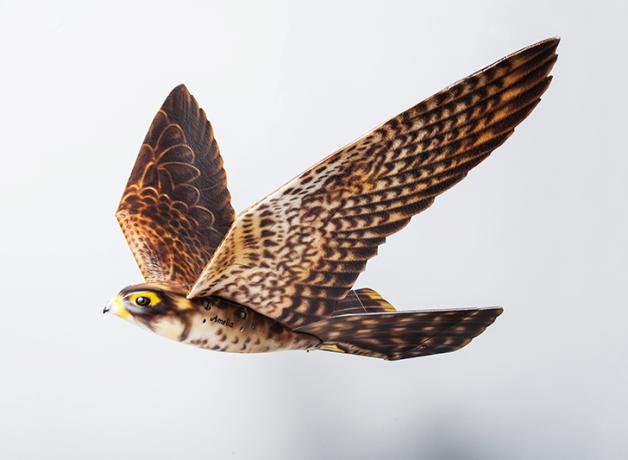 One of the things airplane pilots worry about most is birds colliding with their planes, possibly causing an accident. Preventing bird strikes is a serious concern. Many airports resort to killing birds that might pose a threat. But the airport in Edmonton, Alberta, has found a more humane solution: they fly a robotic Peregrine Falcon over the grounds to scare off problem birds.

One of the things airplane pilots worry about the most is birds colliding with their planes.

Many airports resort to killing birds that might pose a threat. But the airport in Edmonton, Alberta, in Canada, has found a more humane solution. They fly a Peregrine Falcon over the grounds to chase off problem birds.

But this isn’t just any Peregrine Falcon. It’s a robot falcon. And it flies just like the real thing.

Peregrine Falcons have sometimes been put to work chasing off wild birds. But live raptors require lots of training and continual care, and they have minds of their own. The robotic falcon, on the other hand, is under the direct control of an operator, who can target problem birds with precision.

It took a Dutch engineering company years to create a robotic falcon that flies on wing power alone. They needed to work out how to replicate the Peregrine’s rapid, intimidating wing stroke, which frightens other birds.

They call their creation Robird.

And if a robotic falcon wasn’t intimidating enough, the inventors have added a much bigger version of Robird. To scare off large birds like geese from a runway, there is now a robotic Bald Eagle.

Support comes from Sasquatch Books, announcing BirdNote, the Book. Full of chirps, quirks, and stories of 100 birds. More at SasquatchBooks.com.