The Heart of a Bird

Life in the fast lane! 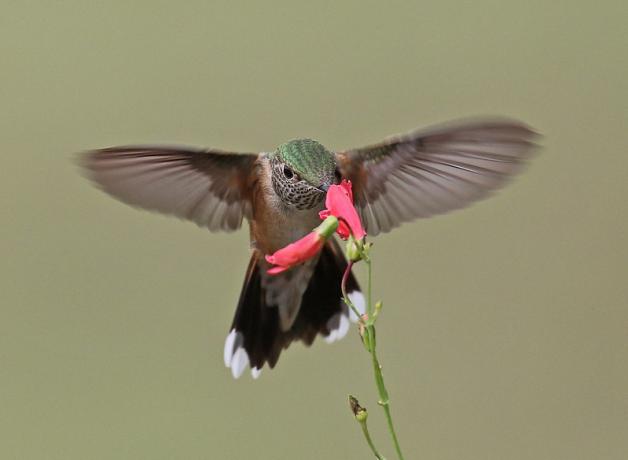 Birds’ four-chambered hearts run larger than those of mammals, relative to body size, and they are coupled with extremely efficient cardiovascular systems. The energy demands of flight require these adaptations. An exercising human has a heart rate around 150 beats per minute. In contrast, an active hummingbird’s heart pumps at 1200 beats per minute; a flying pigeon’s heart beats at 600.

The Heart of a Bird

Birds, like mammals, are warm-blooded. It’s an adaptation known as endothermy (pron. EN-doh-thur-mee). Along with feathers and other key anatomical features, endothermy is a fundamental trait carried over from their non-avian dinosaur ancestors, active hunters known as theropods (pron. THEER-uh-pahd) - like the fearsome Velociraptor or the T-Rex.

Birds’ bodies maintain a constant temperature, around 106 degrees. Their four-chambered hearts run larger than those of mammals, relative to body size, and they are coupled with extremely efficient cardiovascular systems.

Birds are built for a high-energy lifestyle. Their hearts pump more oxygen-rich blood per minute than those of mammals. The energy demands of flight require it. And smaller animals lose body heat more rapidly, burning the oxygen in their blood faster than larger animals.

An active hummingbird’s heart pumps at 1200 beats per minute; a flying pigeon’s heart beats at 600.

But a human athlete during exercise builds up a heart rate to around only 150 beats, a mere fraction of the hummingbird’s heart rate.

Exercise as hard as you like. Your heart will stay in the slow lane compared to that of a bird.

A Seldom Heart Bird Sound | Sibley GuidesWhere Do Hummingbirds Get All That Energy? | AudubonAdaptations for Flight | Stanford Birds