How Hummingbirds Got Their Sweet Tooth 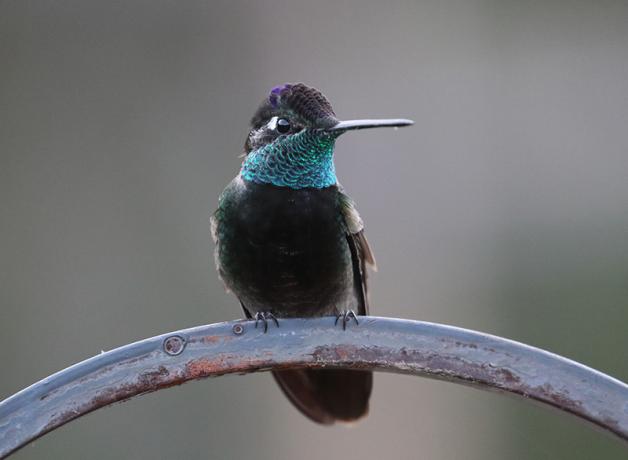 All birds lack the typical gene for detecting sweetness, but hummingbirds avidly seek out sugary nectar. It turns out that evolution has transformed hummers’ taste receptors. Mutations to their savory taste receptor gene allowed the receptor to respond to sucrose and other sugars. Scientists haven’t yet uncovered the evolutionary story for other nectar specialists such as honeyeaters and sunbirds.

How Hummingbirds Got Their Sweet Tooth

If any bird has a sweet tooth, it’s got to be a hummingbird — right? They’re the prime nectar specialists of the Western Hemisphere. But all birds lack the typical gene for detecting sweetness. So how do hummingbirds so avidly seek and drink sugar?

When researchers compared the hummers’ savory receptor gene with those of other birds, they found a novel evolutionary twist. Changes through mutation had allowed their savory receptors to respond to sucrose and other sugars. So in essence, the savory receptor genes effectively functioned as sweet receptor genes. We don’t know what the taste sensation is, but hummers can’t seem to get enough of that sweet, sugary nectar.

In the Eastern Hemisphere, honeyeaters and sunbirds, two unrelated groups, are the nectar specialists. But the story of their taste receptor genes has yet to be uncovered.