In tuxedos, no less! 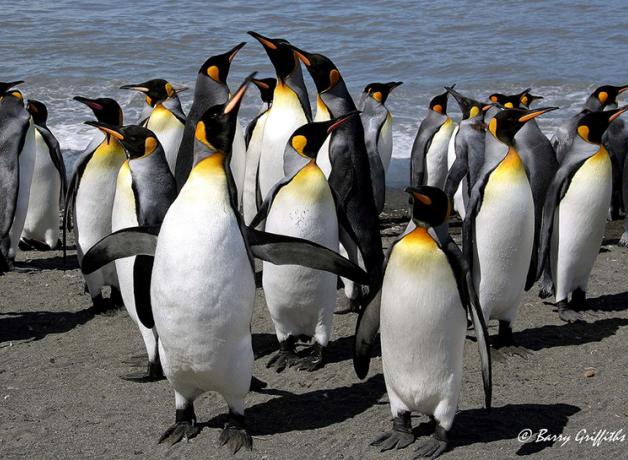 While it’s still winter in many parts of North America, it’s summer in Antarctica. And the King Penguins are singing! Some form breeding colonies that number in the tens of thousands. When many pairs of these colorful birds tip their heads back and sing, it sounds like the world’s largest kazoo band.

[Sounds of a colony of King Penguins]

Second largest of all penguins, King Penguins stand nearly three feet tall. They are surprisingly colorful, too, with a bright oval of lustrous orange-yellow adorning the back half of their dark heads.

Some King Penguins form breeding colonies that number in the tens of thousands and, when many pairs tip their heads back and sing, it sounds like the world’s largest kazoo band. [King Penguin colony sounds]

Altogether, more than two million King Penguins nest on islands in the Southern Ocean, the sea that surrounds Antarctica. Their breeding cycle ranks among the longest of all birds. From the time the female lays her single egg in late spring, it will take about 14 months before that chick is ready to fend for itself the following summer — we hope with a loud sendoff from the immense kazoo band. [King Penguin pair calls] 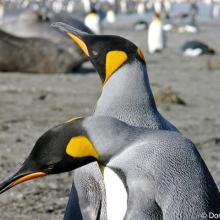 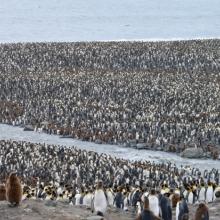 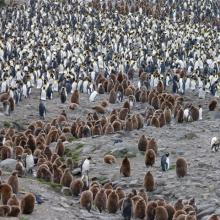 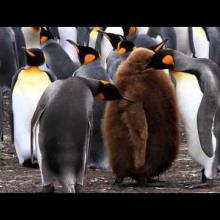