The Ruby-crowned Kinglet Tunes Up 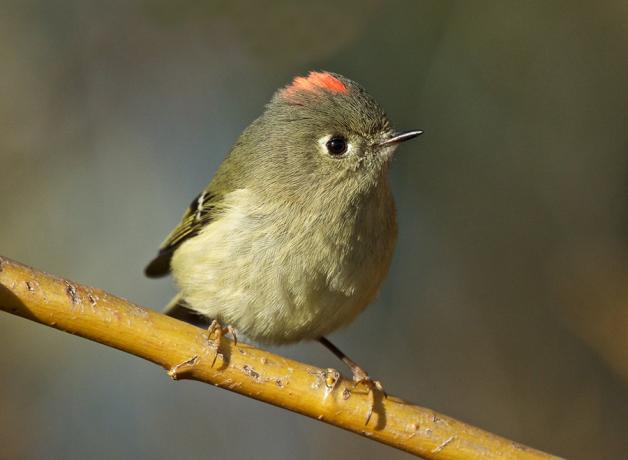 The Ruby-crowned Kinglet is one of the smallest songbirds on the continent, weighing in at just a little more than half a chickadee. Mostly green and hard to spot, it hovers in mid-air as it catches tiny insects. In early spring, the kinglet's rollicking song echoes from the forest edge in the lowlands. By late May, he is singing and nesting at mile-high altitudes in mountain forests.

The Ruby-crowned Kinglet Tunes Up 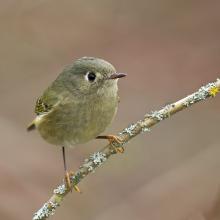 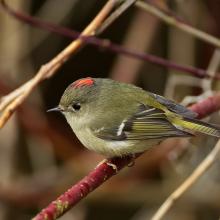 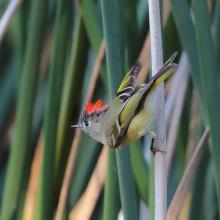 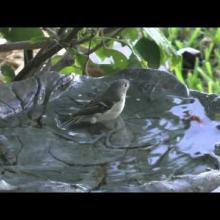