Birds in Romeo and Juliet! 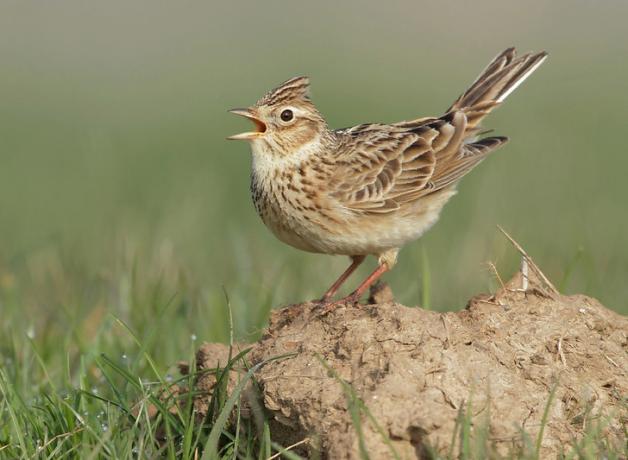 Birds play important roles in many of Shakespeare’s plays. In Romeo and Juliet, the Lark sings at dawn and the Nightingale’s song fills the evening. At a moment of great peril, the Lark warns the lovers their time is short. Both the Skylark and the Nightingale are nondescript birds – but their songs are unforgettable. The Royal Society for the Protection of Birds studies the various effects that farming methods have on Skylarks, like this one. They provide farmers with guidelines about maintaining their lands to help these birds.
Learn more about Rod Molzahn's Shakespeare camp for teens. Please see the bottom of the transcript.

This is BirdNote!
[Song of a Sky Lark]
Birds play important roles in many of Shakespeare’s plays. In Romeo and Juliet, the Lark sings at dawn, the Nightingale at night. At a moment of great peril, the Lark warns the lovers their time is short.  Romeo has killed Tybalt, Juliet’s cousin, in a duel and has been banished by the Duke. Their first night together will be their last.
Here’s actor Rod Molzahn. Juliet speaks first:

[song of Nightingale]
Wilt thou be gone? It is not yet near day:
It was the Nightingale, and not the Lark,
That pierced the fearful hollow of thine ear;
Nightly she sings on yond Pomegranate tree:
Believe me love, it was the Nightingale.
Romeo answers:
It was the Lark, the herald of the morn,
No Nightingale: look love,
Night’s candles are burnt out, and jocund day
Stands tiptoe on the misty mountain tops.
I must be gone and live, or stay and die.
Juliet responds:
Yond light is not day-light, I know it, I:
Therefore, stay yet; thou need’st not be gone.
Romeo answers:
I am content, so thou wilt have it so.
Come, death, and welcome! Juliet wills it so.
How is it my soul? Let’s talk; it is not day.
Juliet again:
It is, it is: hie hence, be gone, away!
It is the Lark that sings so out of tune.
Some say the Lark makes sweet division;
This doth not so, for she divideth us.    [Song of Lark] 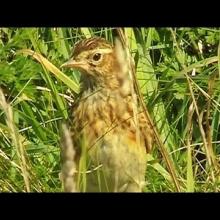 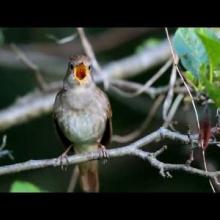