Solon Towne and the Meadowlarks 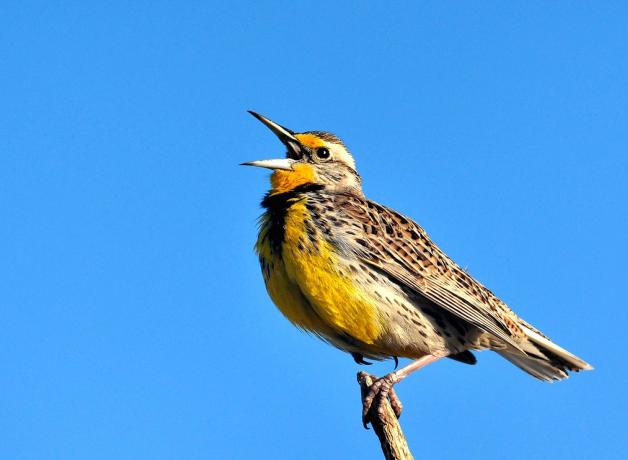 Over a century ago, a Nebraska man, an audiologist named Solon Towne, “collected” the songs of meadowlarks. He’d saunter about his farm, listening. Then he’d hurry back to his desk to transcribe the birds’ songs into musical notes. To help him remember the songs, he added words. One meadowlark, Towne imagined, warned: “Hoop la, potato bug!” Another was concerned about the eggs in its nest: “Be careful, you’ll break ‘em!” And another sang to his mate: “You’re a lovely creature!”

This page is sponsored by Kevin J. Miller in memory of Rosemary A. Miller.
Thanks for supporting the new BirdNote.org, coming in 2020!

Solon Towne and the Meadowlarks 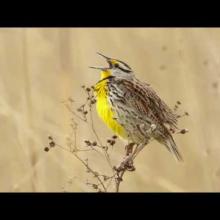