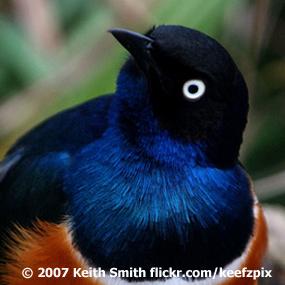 When Hank Williams wrote Your Cheatin' Heart, birds probably weren't on his mind. But researchers have found evidence of what we might call "infidelity" in birds. Scientists in east Africa learned that female Superb Starlings often seem to have "cheatin'" on their minds. Superb Starlings live in cooperative social groups, where subordinate, non-paired males help raise the chicks of established pairs. Females will "cheat" — or mate with subordinate males — when the females need help raising chicks, thus increasing the survival rates of those chicks. Learn more about this behavior in starlings.

[A few bars of Your Cheatin’ Heart]

When Hank Williams wrote Your Cheatin’ Heart, we’re pretty sure birds weren’t on his mind. But researchers have found lots of evidence of what we might call “infidelity” in birds.

Ornithologists have known for some time that males of many bird species seek to mate outside the pair, presumably to father as many offspring as possible to carry on their heredity. But scientists studying Superb Starlings in east Africa have learned that the females of this species seem to be the ones with “cheatin’” on their minds. [Superb Starling vocalizations]

Also, some females sneak off with males outside their social group if their mates are too genetically similar to themselves. This “infidelity” helps promote healthy genetic diversity.

So, at least in birds, there may be more logic in that “cheatin’ heart” than meets the eye.

For BirdNote, I’m Michael Stein. [More Hank Williams: The time will come when you’ll be blue — Your cheatin’ heart will tell on you] 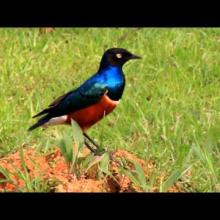 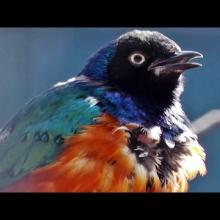