Where Do Fledglings Go?

It all depends on the species 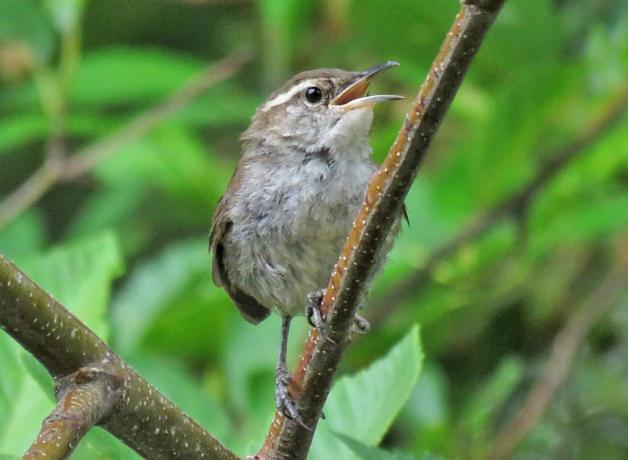 By late summer, most birds hatched in spring are on their own, without help from their parents. Where do they go? Young migratory birds will head south in late summer or fall, in the pattern of their species. But most non-migratory birds born last spring — such as this immature Bewick’s Wren — will need to find an unoccupied territory. So they disperse more widely than the established adults. Newly fledged Bald Eagles embark on a nomadic life. Sometimes they fly hundreds of miles in a day, a journey that may take them across the continent.

Where Do Fledglings Go?

By late summer, birds hatched in spring have left the nest and likely seen the last help from their parents in getting fed. Where do they go? Hang around the old neighborhood? Or strike out for new lands?

The young of migratory birds will head south in late summer or fall, in the pattern of their species. But as a general rule, non-migratory birds born this spring will need to find an unoccupied territory. So they disperse more widely than the adults that are already established. [Bewick’s Wren song, http://macaulaylibrary.org/audio/111044, 0.12-.15]

In the case of the Bewick’s Wren – closely studied in Oregon – the young songbirds said goodbye to their parents’ territory by five weeks of age. They dispersed to suitable countryside within half a mile to a mile. And within another few months, young males had already set up their own territories. [Bald Eagle call, http://macaulaylibrary.org/audio/137879, 0.18-.21]

When new-fledged Bald Eagles leave their parents’ territory, they embark on a nomadic life – sometimes flying hundreds of miles in a day – that may take them all the way across the continent. When they reach adulthood four years later, though, they’ll often nest roughly in the area where they were hatched, give or take about 250 miles.