Which Chickadee - Black-capped or Carolina?

Hint: Their voices give them away! 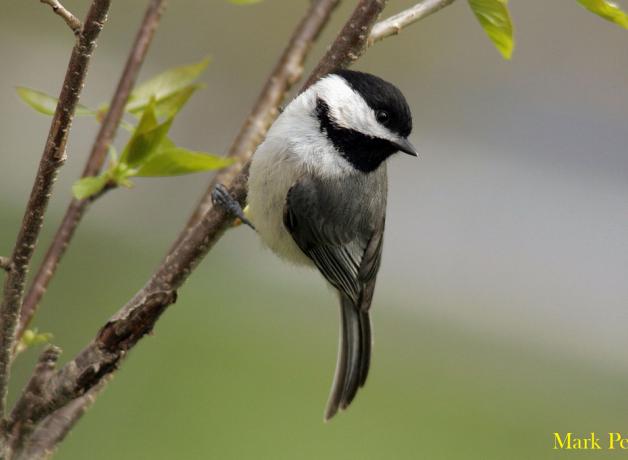 Of all the birds that turn up at birdfeeders, chickadees are favorites. And they’re instantly recognizable. Yet sometimes we have to ask ourselves: “Which chickadee is it?” In the eastern and central states, there are two species: Black-capped Chickadees in the north, and Carolina Chickadees in the south. But in some places, they overlap. And while the two look nearly identical, their voices give them away!

Which Chickadee: Black-capped or Carolina?

Of all the birds that turn up at birdfeeders, chickadees—ever perky, smartly dressed in black and white—are favorites. And they’re instantly recognizable as chickadees.

Yet sometimes we have to ask ourselves: “Which chickadee is it?” In the eastern and central states, for example, there are two species. Mostly, they seem to divide up by latitude: Black-capped Chickadees pervade the northern half of the region, and Carolina Chickadees, the southern half.

So while you watch those feeders, keep your ears tuned!  [song of Black-capped Chickadee followed by song of Carolina Chickadee]

Today’s show was made possible by The Bobolink Foundation. For BirdNote, I’m Mary McCann. 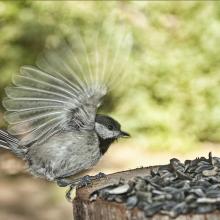