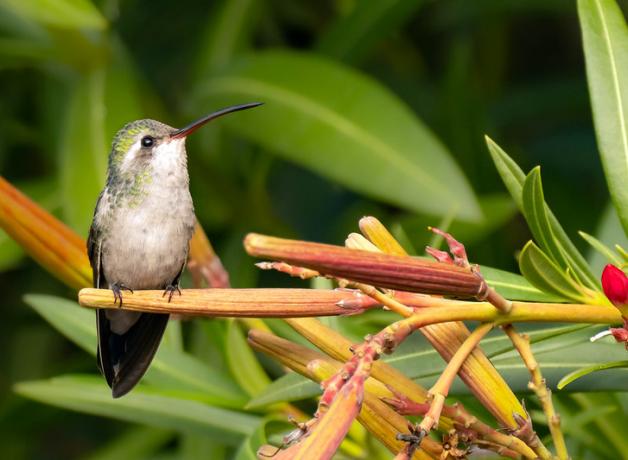 BirdNote is an independent media production company that brings joy, inspiration, and hope to millions of people around the world who value birds and the environment we share.

Catch the two-minute show every day — the way you want to listen — on the air, via podcast, online at BirdNote.org, and through social media. We also produce longform podcasts — including Bring Birds Back, Threatened, and BirdNote Presents — that connect us more deeply with birds, nature, and one another.

You can also find BirdNote stories in print. Look for BirdNote: Chirps, Quirks, and Stories of 100 Birds from the Popular Public Radio Show at your favorite bookseller.

Birds connect us with the joy and wonder of nature. By telling vivid, sound-rich stories about birds and the challenges they face, BirdNote inspires listeners to care about the natural world — and take steps to protect it.

As listeners tune in to the lives of birds, their connection with nature deepens. They become champions for conservation and stewards of places important to birds and people.

Listeners consistently tell us they love the rich sounds of birds and the variety of topics featured in the daily show and longform podcasts.

Photos contributed by the BirdNote corps of photographers bring our stories to life on BirdNote.org, through social media, and in BirdNote publications, including the annual report and calendar. Hundreds of photographers have generously shared their photos since BirdNote began in 2005.

Many thanks to Anne Stefanyk, Tim Tufts, and the design, development and implementation team at Kanopi Design Studios in collaboration with Kristine Johnson and Cognition Studio for their work on the new BirdNote website, which launched in July 2020. The BirdNote team is grateful to our donors for supporting the development of our new hub for digital storytelling.

BirdNote conservation partners help inform our programming and offer opportunities for listeners to get involved in bird conservation and habitat preservation.

BirdNote began in 2004 under the auspices of Seattle Audubon. Chris Peterson, Executive Director of Seattle Audubon, had a big idea: StarDate for birds. Chris engaged writers to craft compelling stories about the intriguing ways of birds, ornithological advisors to ensure scientific accuracy, and a team of experts to bring the show to life. Advisors from Western Washington NPR affiliate KPLU 88.5 FM (now KNKX 88.5 FM), along with Seattle-area benefactors, brought BirdNote to the airwaves. KPLU aired the first BirdNote show, Bald Eagle, A National Symbol, on February 21, 2005.

Given BirdNote’s success in the Puget Sound region — and the possibility of nationwide expansion — Seattle Audubon fledged the program in 2006. BirdNote became a separate 501(c)(3) non-profit organization, Tune In to Nature.org. During 2007, BirdNote aired on four stations, reaching approximately 150,000 listeners. Thanks to the loyalty and generosity of people who believe in BirdNote, more than 100 stations carried the show by 2011, and daily listenership climbed to an estimated 1 million. Chris Peterson retired from BirdNote in 2014, and Sallie Bodie, managing director and former board president, assumed leadership of the organization.

Soaring into the Future

Today, BirdNote’s daily show and special features reach millions of listeners around the world through digital distribution and radio broadcasts. BirdNote stories are attracting the attention of producers at shows such as Here & Now, the daily news magazine from NPR/WBUR. In September 2019, The New Yorker recognized BirdNote as one of three podcasts to listen to. And Quartz named BirdNote the Best Ongoing Science & Technology Podcast of 2019.

As BirdNote celebrates 15 years of inspirational storytelling in 2020, we honor the people who launched the program, nurtured its growth, and continue making BirdNote accessible to all — free of charge — through generous financial support and tireless service. Thank you for caring about birds and the future of our fragile natural world.