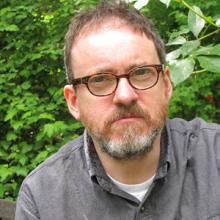 Dominic is experienced in producing high-quality content for the airwaves and the web. A native of Ireland, Dominic launched his public radio career at the BBC, where he produced radio features, documentaries and series for broadcast on national BBC networks. Dominic has also worked at KUOW in Seattle as a senior producer, in addition to freelancing with Historylink.org, KUOW, Landesa Center for Women’s Land Rights, the Puget Sound Partnership, and Seattle University.

Dominic lives in Seattle with his wife, Elisa Scalise, and three children. He enjoys good food, listening to The Morning Show with John Richards on KEXP, playing the guitar, feeding his children and asking people questions.

Browse shows that Dominic has contributed to.