Which Bird Has the Most Feathers 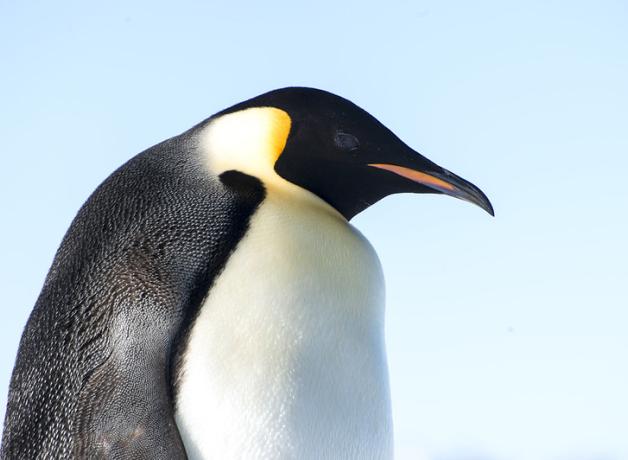 In general, the bigger the bird, the higher the number of feathers. Someone counted the feathers on a Tundra Swan and came up with 25,216. At least 80% were on the swan’s neck. Penguins, on the other hand, have lots of small feathers all over their bodies. The largest species is the Emperor Penguin, and one project counted around 80,000 feathers on a single bird. That’s nearly sixty per square inch – keeping the penguin insulated and waterproof in harsh climates. But the most feathered creature ever? It may have been a dinosaur!

What Bird Has the Most Feathers?

This is BirdNote.
[Featured bird sound/audio]
Birds are the only living group of animals with feathers. Some have a lot, and some have a lot more. Generally speaking, the bigger the bird, the higher the number. In fact, someone did actually take the time to count the feathers on a Tundra Swan.
[Tundra Swan calls, http://macaulaylibrary.org/audio/141136, 0.29-.32]
And the number they came up with was twenty-five thousand, two hundred and sixteen. At least 80% of those are on the swan’s long neck.
Swans are huge birds with lots of feathers, to be sure. But it appears that penguins are more likely to claim the current feather record, because they have lots of small feathers all over their bodies. And some penguins, like swans, are pretty big.
[https://www.youtube.com/watch?v=MfstYSUscBc 1:40 on beyond]
The largest penguin species is the Emperor Penguin. One project counted around eighty thousand feathers on a single bird. That’s nearly sixty per square inch – keeping the penguin insulated and waterproof in one of the harshest climates on earth.
At the other end of the spectrum, there’s the hummingbird – some species have fewer than a thousand feathers.
[Hummingbird from wing whirring by A.A. Allen]
But the most feathered creature ever? It may have been one of the birds’ ancestors — a dinosaur!
For BirdNote, I’m Mary McCann. 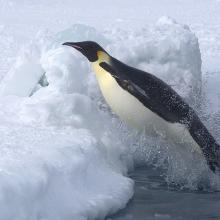 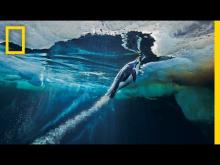