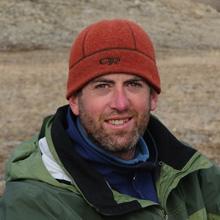 Board Member at Large
Gerrit joined the BirdNote board in 2009 after moving from Ithaca, NY to Seattle. He is a conservation photographer and a natural history multimedia producer at the Cornell Lab of Ornithology. He has led expeditions to film, photograph, and record wildlife species throughout North America and beyond. Gerrit’s images appear regularly in books, magazines, websites, and multimedia productions. Over 300 of his avian images appear in the authoritative reference, The Birds of North America On-line. He is an affiliate of the International League of Conservation Photographers. Gerrit is also an accomplished natural sound recordist. He has produced and authored two CD compilations, Voices of North American Owls and Bird Songs of the Pacific Northwest. In addition to BirdNote, his audio work has been featured on NPR’s Morning Edition and PRI’s Living on Earth. In his free time he enjoys hiking and playing the banjo.

Browse shows that Gerrit has contributed to.