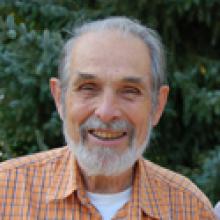 Science Advisor and Writer
Gordon Orians began birding as a child in Wisconsin. At the age of 13, when he discovered that people were actually paid to watch birds, he decided to pursue a biological career. After getting a bachelor's degree in zoology at the University of Wisconsin, he headed west to Berkley, where he received his PhD from the University of California in 1960. As a vertebrate zoologist at the University of Washington, he focused his research on American blackbirds, because at least one species of blackbird exhibits nearly every type of avian social organization – territorial, colonial, polygamous, and brood parasitism.
In addition to his research in behavioral ecology, he devoted much effort to the interface between science and public policy. He was director of the University of Washington's Institute for Environmental Studies for 11 years, served two terms on the board of directors of the World Wildlife Fund-US, and is currently a member of the board of directors of Audubon Alaska.

Gordon's most recent book is Snakes, Sunrises, and Shakespeare – How Evolution Shapes Our Loves and Fears.

Browse shows that Gordon has contributed to.