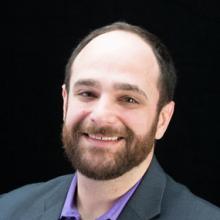 Jason Saul began his media career in New York. After moving to New Orleans in 2003, he reported on region-wide stories, including Hurricane Katrina and the BP oil spill.  From 2006 to 2011, he served as a researcher and production associate for the popular weekly radio show, American Routes, hosted by Nick Spitzer. Jason was director of digital services and corporate development officer for WWNO, New Orleans Public Radio, where he helped build an award-winning local newsroom.