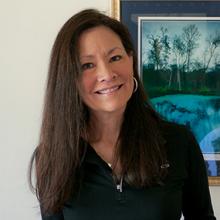 A photo that Tara captured of Desert Cottontails touching noses in mid-air was one of 100 images chosen from over 500,000 entries to celebrate the 20 years of Nature’s Best Photography Awards. It was displayed in the Smithsonian Museum of Natural History, in an exhibit that included her video of the cottontails (:20-:22), as well as Wood Ducklings taken in her back yard. Tara was recently interviewed by mirrorlessons.com for an article on digiscoping.

Congratulations, Tara! And thanks for sharing photos with BirdNote.

Browse shows that Tara has contributed to.