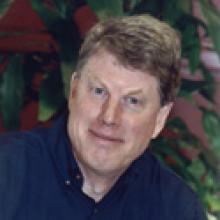 Editor and Writer
Todd spent summers in his boyhood outside along the shores of Coeur d’Alene Lake and the St. Joe River in Northern Idaho. Later, he explored the marshes of Long Island Sound during days afield with his father. Through his mother, he came to cherish what E.B. White names, “the grave, compulsive word.”

Todd is listening with great interest for stories from the human and the natural world.

Browse shows that Todd has contributed to.