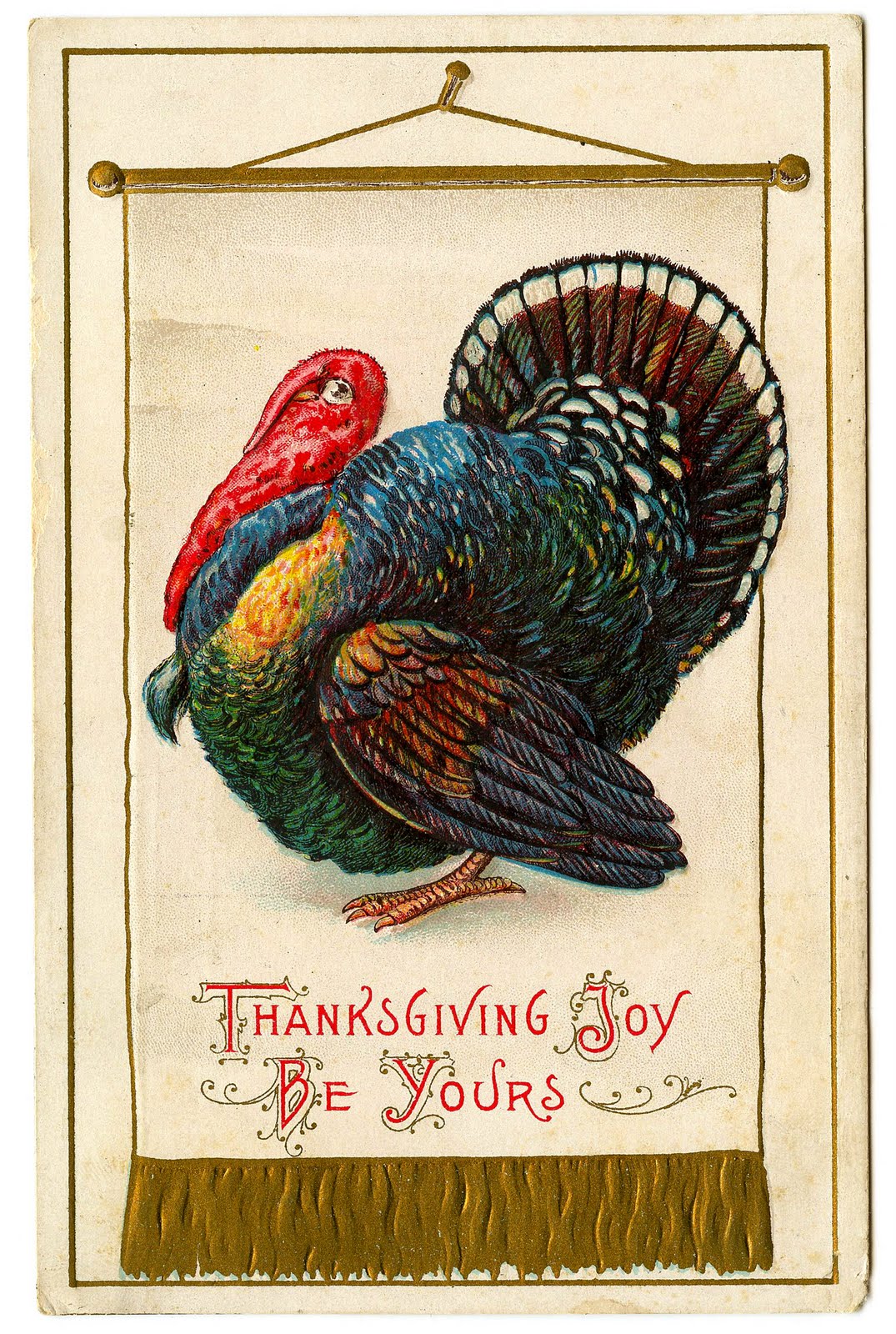 In 1784, that wise old Ben Franklin groused to his daughter, after the fact, about the choice of the Bald Eagle as our national symbol:
For my own part I wish the Bald Eagle had not been chosen the Representative of our Country. He is a Bird of bad moral Character. He does not get his Living honestly. …Too lazy to fish for himself, he watches the Labour of the Fishing Hawk; and when that diligent Bird has at length taken a Fish, and is bearing it to his Nest for the Support of his Mate and young Ones, the Bald Eagle pursues him and takes it from him. ... The Turkey is in Comparison a much more respectable Bird, and withal a true original Native of America... He is besides, though a little vain & silly, a Bird of Courage, and would not hesitate to attack a Grenadier of the British Guards who should presume to invade his Farm Yard with a red Coat on.

Sorry, Ben! The Bald Eagle stayed put and reigns to this day. But the Wild Turkey, of course, has its day. It's the centerpiece of many a traditional Thanksgiving dinner. Here's a bit of history and turkey lore.

Turkeys were domesticated from a species called the wild turkey, native to the eastern and southwestern states and parts of Mexico. It is likely that the Mayans of southern Mexico had already domesticated turkeys as far back as 2000 years ago! Early Spanish explorers in the New World sailed back to the Old with domestic turkeys from Mexico. Soon turkeys were gobbling over much of the world, no doubt acting as security alarms in those ancient farm yards, much as they do today.

As for how the turkey got its name?  It's complicated.  When the bird we today call the “turkey” arrived in England in the 1500s, people may have gotten it mixed up with another big bird, the guineafowl. Since guineafowl were thought to come from Turkey, perhaps both it and the New World bird came to bear the name “turkey". (As it turns out, guineafowl are actually from Africa, so neither bird really deserved the name.) Or maybe it had to do with birds that were raised in the eastern Mediterranean and traded across Europe via "Turkey merchants."

Howsoever, early European colonists to America’s Atlantic seaboard actually brought domestic turkeys with them, completing the circle back to the New World. And there they were: the centerpiece for the first Thanksgiving!

In the early 1800s, John James Audubon wrote: “The great size and beauty of the Wild Turkey, its value as a delicate and highly prized article of food… render it one of the most interesting of the birds indigenous to the United States of America.” He even described how Wild Turkeys, which walk more than they fly, cross a river. Be sure to listen!

The debate may have started at the first Thanksgiving in 1621, and it rages today: giblets or no giblets? And what exactly are giblets? Giblets refer to the parts that often come stuffed inside a packaged turkey - gizzard, kidneys, heart, liver, and sometimes the neck. Gizzard?  A bird’s stomach is divided into two parts. The first part is a lot like the human stomach. It employs digestive juices to break down foods. The second part of a bird’s stomach is called the gizzard. Birds that eat hard foods such as seeds have a gizzard with tough, thick, muscular walls. Such birds swallow grit -- sand or gravel -- that travels to the gizzard. Here, in concert with the gizzard muscles, grit enables birds to grind up hard foods, much like we do with our molars. And those especially chewy bits in the giblets gravy? Those are pieces of the turkey’s gizzard. (Listen to the show, Giblets & Gizzards.)

So, pass the gravy – with or without giblets – and have a Happy Thanksgiving!

Fortunately, there are always leftovers! Listen to more shows about turkeys!
* Learn more about turkey-calling. Can you tell who's who and which is which?
* "Turkey in the Straw" is an old familiar tune. Where'd it come from? Find out!

This blog includes contributions from the entire BirdNote team!

A version of this blog originally appeared on Margaret Roach's AWayToGarden.com