Learn more about the Chris Peterson Fund for Creative Storytelling

When the idea for BirdNote struck Chris Peterson in December, 2002, she spent two years assembling the ingredients for success: a talented team, a visionary board, solid financing, access to a rich trove of bird sounds, and a flagship station that would broadcast an untried radio series. On February 21, 2005, Seattle/Tacoma’s KPLU (now KNKX) 88.5FM launched BirdNote with “Bald Eagle - National Symbol.” As of February 2014, 1.3 million people hear BirdNote daily on 170 stations in 40 states, and thousands of fans from around the world listen online. 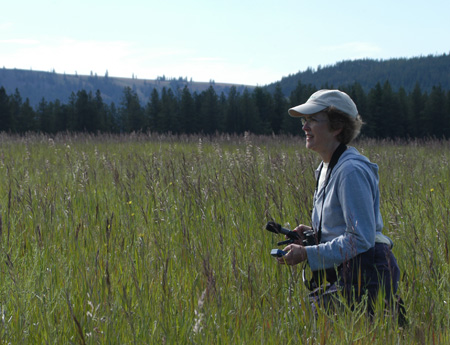 “We’ve grown way beyond anyone’s early expectations,” says Chris. “Since that first broadcast, we’ve produced an impressive array of shows. By combining science with art, we’re touching the hearts of listeners. We’re helping them ‘tune in’ to the natural world upon which we all depend.”

When creating stories about the environmental challenges that birds face, Chris seeks to find the “angle of success” – activities on the part of knowledgeable and caring people, which help birds and inspire others. She’s been working to “give birds a fighting chance” at a time when hundreds of their species need human intervention to survive. “Listeners tell us they’re enjoying and protecting birds as a result of listening to BirdNote shows, and that’s the ultimate reward for our work,” says Chris. 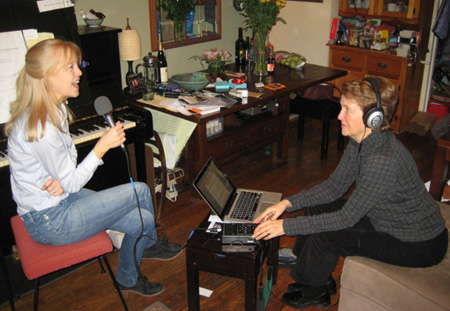 Chris has led the BirdNote team for over a decade, producing more than 1,200 stories and raising more than $2 million from individuals and foundations. She plans to retire from her role as executive producer and chief fundraiser in June 2014, while remaining as an advisor and occasional writer.

“We’ve built something amazing, and I’m deeply honored by the enthusiasm of BirdNote fans, the loyalty of our donors, and the commitment of the whole team,” says Chris. “There are many stories yet to tell, and the organization is poised for the next decade of success!”