Redhead Alert - A Walk along the Potomac Shore 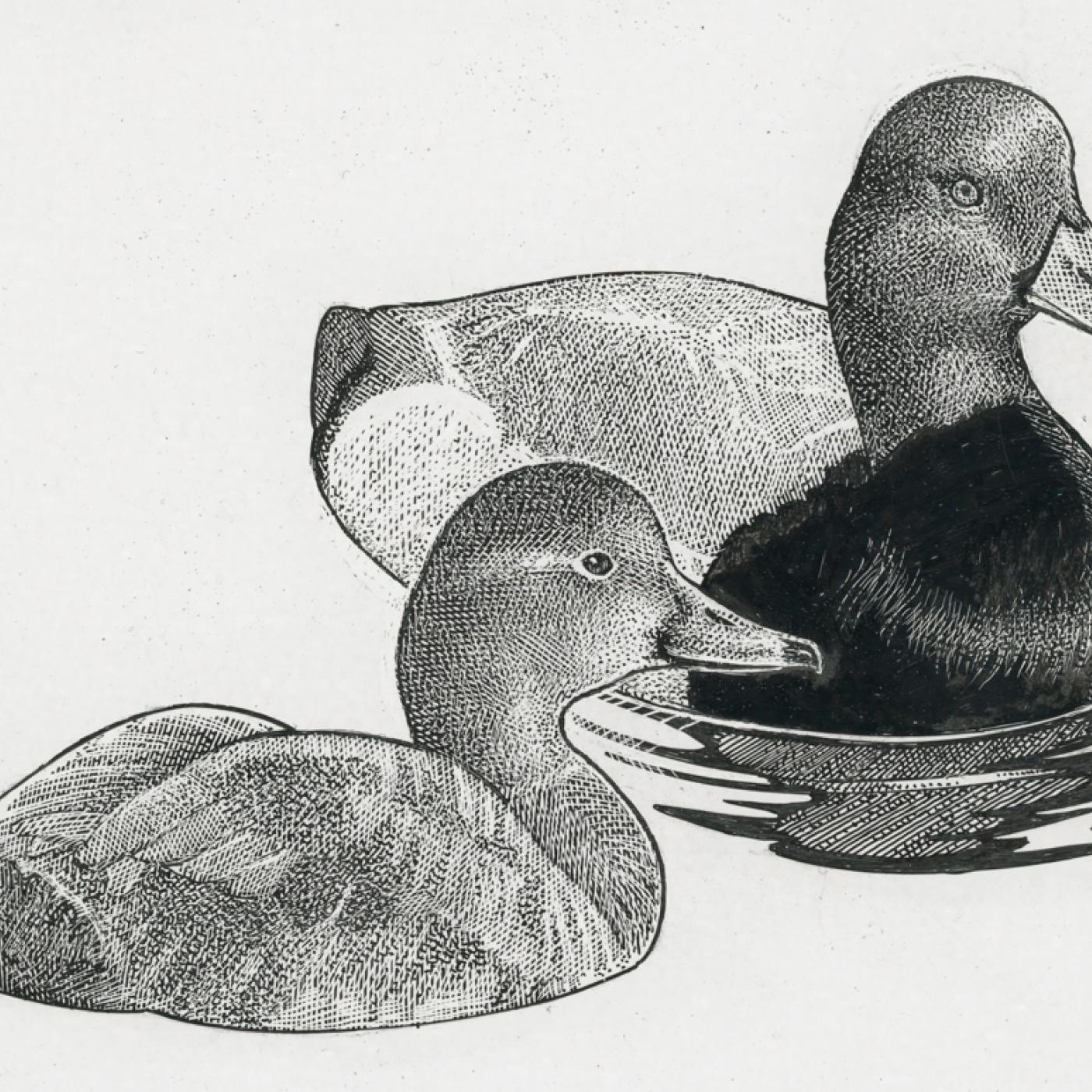 Redheads stand out among us in the crowd. From historical figures like Cleopatra and Queen Elizabeth I, to screen stars like Lucille Ball and Damian Lewis, a red head — with or without a crown on it — can cause a stir.

The same phenomenon obtains when it comes to birder sightings. Bright red head feathers, more than most other colors, demand our attention. So it was with great joy and surprise that not long ago, along a familiar stretch of the Potomac, I spotted a new face — a male Redhead duck, his unmistakable crimson head and black-tipped bill gleaming in the radiant winter sunlight.

In the 20 or so years I have been strolling the towpath around Lock 8 and watching birds along the river, I have never seen a Redhead. Their numbers are declining nationally, likely a result of loss of breeding habitat in the pothole lakes of the northern prairies.

Consulting a local birding site, I learned that there had been only seven sightings of Redheads on that day on the Potomac from the mouth of the river up to Cumberland, Maryland, a stretch of about 185 miles. Redheads are certainly more common in the area than this past winter's shocking visitor — the Snowy Owl that stopped traffic in downtown Washington, DC — but rare enough to make even seasoned birders comment on my good fortune. The world-renowned ornithologist Bruce Beehler, a local resident, exclaimed, “It's an awesome sighting. Redhead is a fabulous duck to observe under any circumstance.”

For most people, recognition skills of ducks pretty much stop at the domestic variety or the ubiquitous wild Mallard. Mallard ducks are so widespread and adaptable that they are found in almost every country. You can even sometimes detect a note of disdain, or at least disappointment, in the voices of seasoned birders who, when training a spotting scope on a pond, utter, “Oh, it’s just Mallards.” They were hoping, of course, to see a small flock of Redheads or their close cousin, the Canvasback.

My Redhead sighting reinforced a lesson I relearn every day while walking along the Potomac, one that I am sure resonates with naturalists who patrol riverbanks across the US and beyond: if you look closely enough and your eyes are well trained, you will see something new in nature every day. It’s recognizing what you’re seeing that counts. To the untrained ear, the quack of a Redhead sounds much like a Mallard, even if the visual cues are plainly different. And that is another precious lesson, that training the eye and ear to the natural world opens up unexpected avenues of discovery.

The quote that helped propel me to becoming a naturalist — in essence, to learn to distinguish Mallards from Redheads — was penned by the British biologist Thomas Huxley. (In his day, he was known not only as a great natural historian, but also as Darwin’s bulldog for championing the latter’s views on evolution.) Huxley said, “To a person uninstructed in natural history, a country or seaside stroll is a walk through a gallery filled with wondrous works of art, nine-tenths of which have their faces turned to the wall.”

The natural gallery that is the Potomac shore offers its share of masterpieces, if we only learn what to look for.